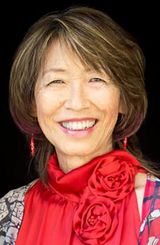 Arlene Inouye is the Secretary of United Teachers of Los Angeles. She was born and raised in Los Angeles and attended Clover Avenue Elementary, Webster Junior High, and University High School. Her grandparents emigrated from Japan to Boyle Heights, and her family was incarcerated during World War II. Three generations of her family have attended LAUSD schools.

She has a BA and MA in communicative disorders from Long Beach State University. She has been a Spanish bilingual speech and language specialist for 18 years in over 30 schools throughout the district. As Treasurer, Arlene led UTLA through the historic “Build the Future Fund the Fight” that addressed UTLA’s structural deficit to provide greater support for members and organizational sustainability. Through the years she has also been a community organizer, human rights activist, parent educator, multicultural and human relations specialist, and leader in progressive educational reform.

Her experience as a union and community activist includes:

I am profoundly grateful for the opportunity and thank the Japanese union activists for taking care of every part of my visit including translators and various modes of transportation. Just as we discussed the foundation of one-on-one organizing, and the importance of relationships, I experienced deep international solidarity that we share as brothers and sisters across the Pacific. This is a critical juncture for the future of Japan.

Join us to stand up for the values of love, compassion and family as we begin a campaign of righteous resistance. We will join hands and stand together to oppose criminalization, mass deportations, and hate crimes. We are #HereToStay and we shall not be moved.

With Rachel Bruhnke, Linda Teach and Kitty Kroger at Port of Los Angeles.

Yes on 15 Back to School Phonebank 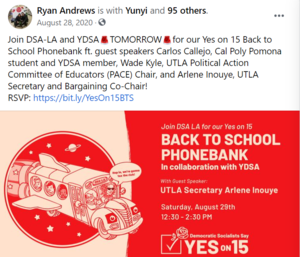 Some 2,000 Latino leaders and activists from throughout the United States met in Los Angeles, at the Latino Congreso 2007, Oct. 5-9 to map an action plan and social justice program for the 2008 elections. Their goal was to bring out 10 million Latino voters who can play a decisive role in the presidential and congressional elections.