Template:TOCnestleft Jared Abbott was, in 2015, a Harvard University graduate student.

Lala Penaranda is a member of the Democratic Socialists of America International Committee with Jared Abbott.

Join us for a one-day school on some of the key issues facing the left today.

In 2011, Jared Abbott was active in New York City Democratic Socialists of America.[1] 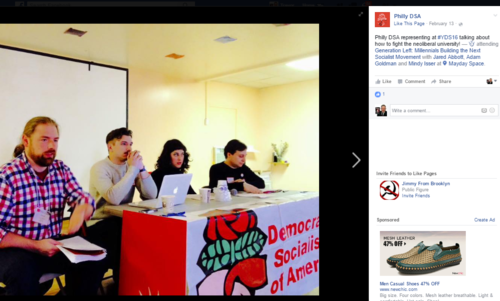 The Anti-Racism Working Group of DSA