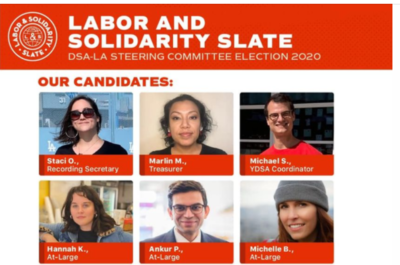 We are canvassing for Bernie this weekend from 10am-2pm in East Hollywood, North Hollywood and West LA, anybody who canvasses gets a free limited edition Bernie pin! RSVP HERE: https://www.dsa-la.org/bernie2020