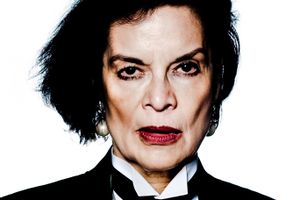 Signatory for the 'Stop Trump Coalition'

Bianca Jagger signed a letter posted at The Guardian on February 1 2017[1] from the Stop Trump Coalition, "a coalition of organisations and individuals [who] joined forces to protest against Donald Trump’s planned visit to the UK."[2],[3]

The letter read, in part:

"We write to impress upon Theresa May and her government our opposition to US President Donald Trump being accorded a state visit or any official visit to this country. The US population has suffered more than a decade and a half of a fall in incomes, but billionaire Trump offers no solution to this problem.

"Racism, sexism, misogyny, Islamophobia, antisemitism, homophobia, war mongering, climate change denial or policies designed to boost the wealth of the already super-rich should not be rewarded or celebrated in this country.

By its second decade the Institute for Policy Studies had built up considerable influence in the U.S. government.

According to Information Digest[4] the Institute for Policy Studies celebrated its 20th anniversary with an April 5, 1983, reception at the National Building Museum attended by approximately 1,000 IPS staffers and former staff.

Many of IPS's current and former Capitol Hill friends attended or were represented by members of their staff. Among those serving on the IPS 20th Anniversary Comittee chaired by Paul C. Warnke were Senators Chris Dodd {D-CT} and Gary Hart (D. CO) with an endorsement provided by Senator Mark Hatfield {R OR}.

Among those attending were Victor Navasky and Christopher Hitchens of The Nation, Abner Mikva, appointed by president Carter to the U.S. Court of Appeals, philanthropist Philip Stern and Rep. Robert Kastenmeier. Among the well-advertised "no shows" were Bianca Jagger, who has been lobbying Congress with the assistance of the Washington Office on Latin America and the CISPES-Committee in Solidarity with the Peoples of El Salvador, against U.S. aid to El Salvador and for aid to the Sandinistas; and Atlanta Mayor and former U.N. Ambassador Andrew Young.

In its resolution the rights group announced that it has launched a clemency campaign on Clemon's behalf and lauded the decision of the Missouri Supreme Court to appoint a special master to look into the case and investigate claims that Reggie was wrongly convicted and sentenced to death. The Court acted in response to a petition for habeas corpus filed by Reggie's attorneys on June 12th.

Jamala Rogers, the coordinator of the Justice for Reggie Clemons Campaign, called the NAACP'S action, "critically important to the struggle for justice in Reggie's case." She added, "we hope and believe that Governor Nixon is paying attention to the numerous and important voices who are urging a fresh look at the very disturbing facts in this case."

In addition to the NAACP, groups including the ACLU, the National Coalition to Abolish the Death Penalty and high profile individuals including Congressman William Lacy Clay, Danny Glover, Mike Farrell and Bianca Jagger have spoken out on Clemons's behalf.

Reggie was sentenced to death for the 1991 murder of two young women who drowned after plunging from the Chain of the Rocks Bridge into the Mississippi River.

David Lerner/Karmen Ross, Riptide Communications were contacts for the campaign.[5]