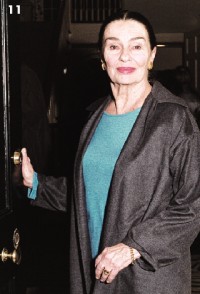 Template:TOCnestleft Yolande Fox nee Betbeze (born 1929 in Mobile, Alabama) was Miss America in 1951 and a forerunner in the feminist movement.[1]

After the death of her husband, movie tycoon Matthew Fox, Yolande moved to Georgetown, Washington, D.C. Here she met and began a relationship with Cherif Guellal who had formerly been the Algerian ambassador to the United States. Guellal never married Fox, but they considered each other spouses, and he helped raise her daughter, Dolly Fox.[2]

Yolande Fox was a member of the Institute for Policy Studies 20th Anniversary celebrations committee which organized an April 5, 1983, reception at the National Building Museum attended by approximately 1,000 IPS staffers and former staff.[3]

Of the book, Barbara Ehrenreich has stated, "This brilliantly argued and meticulously researched book both alarms and inspires".[4]