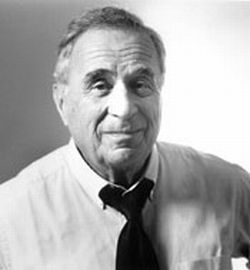 Sidney Harman is one of the handful of pioneers who began the high-fidelity industry with the founding of Harman/Kardon, Inc. in 1952. Harman/Kardon grew into Harman International Industries, an S&P 500 company of which he is Chairman.

He is widely known for the Quality of Working Life programs he initiated at the Company’s plants and especially so for the program at Bolivar, Tennessee (begun in 1969), which has become a model for such activities in American industry and a principal case study at business schools in the United States and abroad.

For three years, Dr. Harman was President of Friends World College, a worldwide experimental Quaker college. He is the founder and an active member of the Program on Technology, Public Policy Program and Human Development at the John F. Kennedy School of Government, Harvard University, and a member of the Advisory Committee of the Science, Technology and Public Policy Program at the same institution.[1]

Sidney Harman was a member of the Institute for Policy Studies 20th Anniversary Committee, which organized an April 5, 1983, reception at the National Building Museum, Washington DC attended by approximately 1,000 IPS staffers and former staff.[2]

Harman is the co-author, with Daniel Yankelovich, of Starting With The People, published by Houghton Mifflin in June 1988, and the author of Mind Your Own Business, published by Currency/Doubleday in October 2003.

Dr. Harman has been a trustee of the Martin Luther King Center for Social Change, the Los Angeles Philharmonic Association, the National Symphony Orchestra, the Public Agenda Foundation and The Carter Center.

Professor Harman holds the Judge Robert Widney University Chair at the University of Southern California and is a Fellow of the American Academy of Arts and Sciences.

In 2009 Sidney Harman was listed as a Founding Sponsor of The American Prospect.[3] 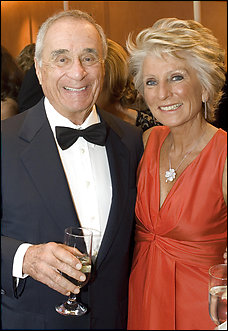