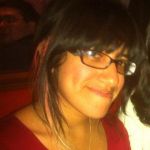 Beatriz Herrera was born and raised in New York City. She joined[1]San Francisco based POWER in September 2007 as Women Worker's Project Organizer. Former community organizer with Causa Justa/Just Cause.[2]

Beatriz Herrera began organizing as a student activist with MEChA and Poder Latino while in college. Post graduation, Herrera organized with Movement for Justice in El Barrio, alongside Latino immigrant residents fighting slumlords in East Harlem.

She has over 10 years community organizing experience in San Francisco, Los Angeles and New York working alongside underserved communities of color to wage grassroots campaigns for housing, worker, and transit justice. She was a full-time organizer for seven years with POWER, a San Francisco non-profit serving Black and Latino families.

As a community organizer, Beatriz helped wage a successful campaign to win Free Muni for Youth, providing free bus access for youth in San Francisco. She also led POWER’s efforts to increase bike access and ridership in Bayview-Hunters Point and managed the organization’s large youth grant and budget with the Department of Children, Youth, and Families. Together with the SFBC and other community organizations, she helped pass the San Francisco Unclaimed Bikes Ordinance, which provided San Francisco residents with free access to the city’s unclaimed bikes.

In the last three years, she helped coordinate and continues to support bike workshops with the SFBC to distribute refurbished bikes to over 200 residents in the Bayview and Mission districts, targeting Black and Latino bike riders, women, and youth.

Beatriz is a graduate of the Women’s Policy Institute, a year long statewide policy advocacy training through the Women’s Foundation. She is currently a full time graduate student in UC Berkeley’s Latin American Studies MA Program.[3]

EVERYTHING IS ON THE LINE

EVERYTHING IS ON THE LINE: hear from our grassroots partners in Arizona, Florida and Pennsylvania about what's happening on the ground and what it's going to take for us to defeat Trump and build our movements during the final 30 days.

Beatriz Herrera is an alumni of the Movement Activist Apprenticeship Program.[5]