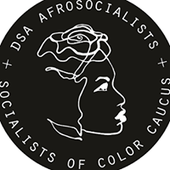 "Open Letter to DSA’s National Political Committee to Withhold Endorsement of Bernie Sanders Campaign" was a March 2019 Open Letter to NPC on Bernie & Race from DSA AfroSocialist and Socialists of Color Caucus.

The Bernie Sanders 2016 presidential campaign encapsulated a lot of the anger in our society towards the political establishment, which left working people high and dry in the aftermath of the 2007 financial crash. To the relief of many Americans, Sanders focused on the growing income inequality in America and championed a program of Medicare for All, free public college and breaking up the banks, whose insatiable appetites for profit pushed America into a near full depression.

Black Americans were hit hardest because they were disproportionately targeted by lenders during the subprime mortgage scheme and the impact decimated much of the community’s wealth because it was stored almost exclusively in home equity as opposed to the diversity of wealth amongst whites with options such as capital gains. We are now living at a time where average black wealth trails by a whopping 13 times that of the average white family – the largest the wealth gap has been since records began in the 1980s. But, Bernie Sanders believes that the entrenched black poverty and vulnerability in America can be gradually addressed through a vibrant public investment in jobs creation programs.

Sanders was of course famously interrupted by Black Lives Matter supporters twice in 2015 over his views on race which included statements such as “Black lives matter, Hispanic lives matter, white lives matter.” While Sanders’ has since been more forthright and has said black lives matter without any equivocations, there is still a disconnect in his approach to economic issues often failing to comprehend how race and class are intertwined.

Yet, on the issue of reparations, which is a key agenda for black Americans, Sanders maintains that the topic of reparations would be too “divisive” for America and calls for government programs that would indirectly alleviate black poverty with jobs creation for lower income populations. Yet Sanders ignores how divisive his signature policy planks such as Medicaid for All and breaking up the banks are and does not abandon them for a lack of popularity.

Even in 2019, Sanders became defensive at a CNN town hall, when an audience member asked if he supported reparations. Sanders avoided uttering the word ‘reparations’ in his response, instead choosing to employ the smokescreen of, “what does that really mean?” While to some this may seem like a fair question or starting point for discussion, the dismissive nature of the response effectively shutdown the opportunity for meaningful conversation on this issue.

Considering he was pressed on this issue in 2016, it is unfortunate that in the past few years, Sanders has not taken time to inform himself on generations of work around reparations going back to the likes of Martin R. Delany in the mid-1850s. However, Black Americans understand too well what lack of reparations has meant for them. Booker T Washington’s promise to freed blacks of acceptance into society if they focused solely on economic emancipation was both unfounded and naive. Black people understand that true emancipation can only begin with acknowledgment that the institutions of the United States are so steeped in white supremacy that no combination of job creation and other race-neutral social programs alone could address the staggering pronouncement of abject inequality as Sanders proposes. Since these institutions have been designed to maintain white supremacy, it will require efforts on economic, political and social reparations to reasonably attempt to alleviate the enduring and concentrated disenfranchisement that Black Americans experience.

Sanders’ failure in addressing the unique experiences of Blacks in America is the norm for this nation, which is accustomed to Black exploitation and extraction of their labor, their communities and their very lives. It is this reality in today’s America that led to the formation of DSA’s Afrosocialist and Socialists of Color Caucus as a safe space, where marginalized activists could inform the work of Democratic Socialists.

We would like to remind the organization as a whole that our existence as a caucus came about because of the DSA’s deficiencies on questions of race and racism. It is important to for all those considering an endorsement of Sanders that in 2017, DSA endorsed the Movement for Black Lives platform and BYP100’s Agenda to Build Black Futures, which are both explicitly pro-reparations and offer specific policies to that end, including (but not limited to):

Should the organization move forward with an endorsement of the Sanders campaign, despite his failure to adopt specific policy stances to address matters of persisting racial injustice and despite his unwillingness to champion reparations to specifically address the experience of the descendants of African slaves, it will risk alienating not just members of color within the organization, but people of color in the communities in which the DSA works. We ask that the DSA withholds endorsement of the Bernie Sanders campaign for the presidency until Sanders finally acknowledges the validity of black demands for reparations in America. To fully debate this matter, we also ask for the National Political Committee to avoid endorsing the Sanders campaign at its scheduled emergency meeting on March 21st and to delay the official vote until the national convention this summer.