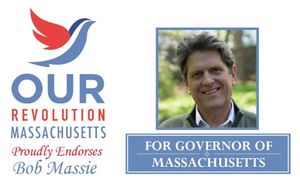 Bob Massie is the President and CEO of the New Economics Institute. An ordained Episcopal minister, he received his B.A. from Princeton University, M.A. from Yale Divinity School, and doctorate from Harvard Business School. From 1989 to 1996 he taught at Harvard Divinity School, where he served as the director of the Project on Business, Values, and the Economy. His 1998 book, Loosing the Bonds: The United States and South Africa in the Apartheid Years, won the Lionel Gelber prize for the best book on international relations in the world. He was the Democratic nominee for lieutenant governor of Massachusetts in 1994 and a candidate for the United States Senate in 2011. During his career he has created or led three ground-breaking sustainability organizations, serving as the president of Ceres (the largest coalition of investors and environmental groups in the United States), the co-founder and first chair of the Global Reporting Initiative, and the initiator of the Investor Network on Climate Risk, which currently has over 100 members with combined assets of over $10 trillion. His autobiography, A Song in the Night: A Memoir of Resilience, has just been published by Nan A. Talese/Doubleday. [1]

Labor Network for Sustainability board, July 2018;[2]

At-large City Councilor Ayanna Pressley kicked off her campaign for the 7th Congressional District at a Cambridge restaurant Feb. 13 2018, vowing to push against the political climate in Massachusetts that favors incumbents over insurgents.

Speaking to a crowd of more than 300 at the restaurant La Fábrica Central, Pressley pledged to work on rising health costs, access to capital for small businesses, income inequality, the growing wealth gap, systemic racism and the Greater Boston area’s crisis of housing affordability.

Veteran campaign strategist Wilnelia Rivera, who is serving as the Pressley campaign general manager, says her effort will focus on one-on-one contact with voters in the district.

“We’re excited to build a grassroots movement to talk to voters across this district,” she said.

Janey, who says she will volunteer on Pressley’s campaign, said she expects Pressley to have broad support throughout the district.[3]

Anyone interested in supporting #BobMassie2018 please "like". Bob is most aligned with our interests of the 3 currently in the race. I am in Support of Bob receiving the ORMA endorsement. — with Jc Conti, Rich Lyons, Audrey Proctor, Jason Lowenthal, Margaret Alexander, J. Michael Gilbreath, Joyce Desmarais Isen, Melanie Brown-Lyons and Jared Hicks.