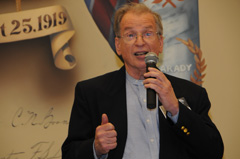 Template:TOCnestleft Milton "Milt" Tambor moved to Atlanta from Detroit in 2001 and is currently retired. He worked for Michigan American Federation of State County and Municipal Employees Council 25 as a staff representative and education coordinator. As labor educator he conducted classes in collective bargaining, steward training, labor history, economics, strategic planning and health and safety. With a Ph.D. in Sociology, Milt also taught classes as an adjunct faculty at Wayne State University's School of Social Work.

DSA Members Organizing Against Trump was a letter released early October 2020 to shore up Democratic Socialists of America support for Joe Biden.

In 2006 Milt Tambor, Georgia, donated $250 to the Democratic Socialists of America Political Action Committee. According to DSA's Democratic Left Spring 2006,[2]

"DSA has formed a Political Action Committee—Democratic Socialists of America PAC (DSA PAC), which will raise funds to enable activity that supports or opposes candidates for federal office. By law, DSA is not permitted to expend its resources in support of or against candidates in partisan elections; however, DSA is permitted to form a PAC for this purpose...
...Only DSA members in good standing may contribute to the PAC. Because the law is so specific, all contributions are carefully screened to make sure that they are from members."[3]

In 2008 Milt Tambor of Democratic Socialists of America signed an online petition “A Open Letter to Barack Obama on Iran”.[4]

The Foreclosure Five were arrested on August 31 for refusing to leave a Wells Fargo branch office in East Point until a bank official would meet and hear the demands of the Atlanta Fighting Foreclosure Coalition. Those arrested included: Reginald Eaves, Charlie Flemming, State Senator Vincent Fort, Dianne Mathiowetz and Milt Tambor. The case of criminal trespass was moved from East Point to Fulton County after the five defendants continued to enter a "not guilty" plea rather than plead guilty to a lesser charge. The monies raised will go toward the defense provided by "Peoples' Attorney" Brian Spears at the hearing and a possible trial [6] 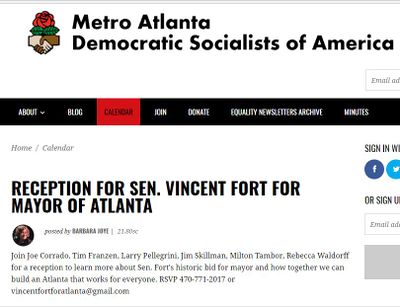 Join Joe Corrado, Tim Franzen, Larry Pellegrini, Jim Skillman, Milton Tambor, Rebecca Waldorff for a reception to learn more about Sen. Fort's historic bid for mayor and how together we can build an Atlanta that works for everyone. 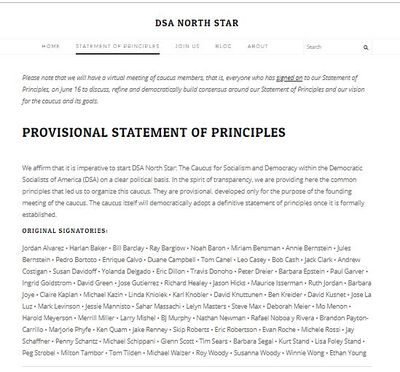 In 2018 Milt Tambor was an original signatory of the DSA North Star founding principles statement.