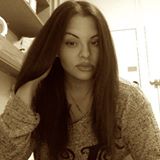 Cherrell Brown is from Laurinburg North Carolina, In 2015 she was studying in London at Birkbeck University. 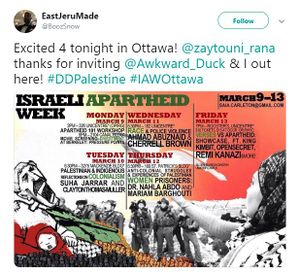 In March 2015, Ahmad Abuznaid tweeted about events for "Israeli Apartheid Week" being held in Ottawa Canada. One of the events was headlined "Race and Police Violence" with Ahmad Abuznaid and Cherrell Brown. 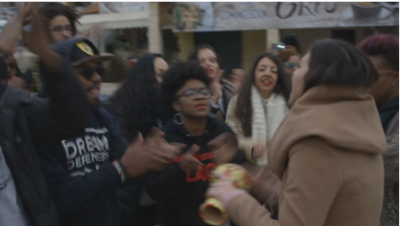 On a historic trip to Palestine, freedom fighters from Los Angeles, Miami, Chicago, New York, Ferguson, and Atlanta were able to witness firsthand the effects of Israeli apartheid and occupation, and to learn from the people who are actively resisting on the front lines. In Nazareth, the delegates decided to do a solidarity demonstration as a call for support of the Boycott, Divestment, and Sanctions (BDS) campaign that was called for by Palestinian civil society in 2005.

1st Anniversary of the #Ferguson Uprising 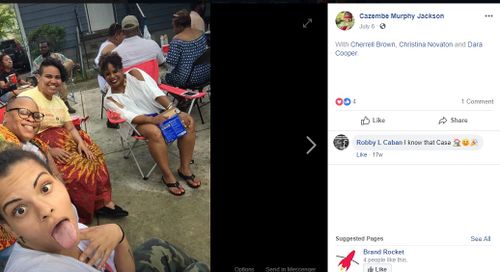