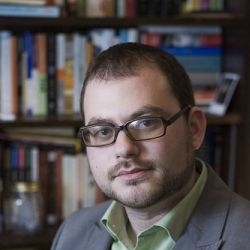 In 2005 Matthew Yglesias served in the Communications department of Center for American Progress.[1] Fellow

Individuals and organizations with similarly progressive goals often dilute their power by working alone or even working at cross-purposes. As Americans who are politically left of center move forward, questions of infrastructure, communication, and collaboration are particularly important.

Matthew Yglesias, of The Atlantic Monthly, blogger, POLITICO, was an identified member of JournoList - an email group of approximately 400 "progressive" and socialist journalists, academics and "new media" activists.

JournoList members reportedly coordinated their messages in favor of Barack Obama and the Democrats, and against Sarah Palin and the Republican Party. JournoList was founded in 2007 and was closed down in early 2010.[4]

In 2009 Matthew Yglesias was listed as a Senior Correspondent of The American Prospect.[5]