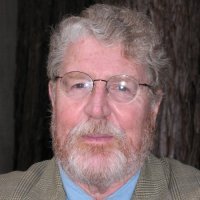 In 2014, Conn Hallinan, was listed a a friend on the DuBois Clubs Facebook page.[1]

In 1991 Ringo Hallinan, Northern California, was one of several hundred Communist Party USA members to sign the a paper "An initiative to Unite and Renew the Party"-most signatories left the Party after the December 1991 conference to found Committees of Correspondence.[5]

In 1992 Conn Hallinan endorsed the Committees of Correspondence national conference Conference on Perspectives for Democracy and Socialism in the 90s held at Berkeley California July 17-19.[6]

The Conference on Perspectives for Democracy and Socialism in the 90s was the Committees of Correspondence's first national conference held in Berkeley, California July 17-19, 1992.[7]

Workshops that were held at the conference on Saturday, July 18 included:[8]

Editorial board News for a People's World

In 2008 Conn Hallinan of Foreign Policy in Focus, Berkeley, CA signed an online petition “A Open Letter to Barack Obama on Iran”.[10]