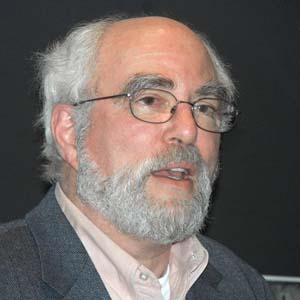 Joseph Gerson is disarmament coordinator of the American Friends Service Committee and director of programs for AFSC in New England. He works closely with Asian, European and other international peace and justice movements. His most recent book is Empire and the Bomb: How the US Uses Nuclear Weapons to Dominate the World.[1]

March 5-9, 2007 Hundreds of activists from around the world came together March 5 through 9 to attend the International Conference for the Abolition of Foreign Military Bases at the Catholic University in Quito, Ecuador.

Many U.S. activists were present at the conference including Medea Benjamin from Global Exchange and Code Pink; Joseph Gerson of the American Friends Service Committee; Ikaika Hussey, a Hawaiian anti-base activist; Genaro Rendon, Co-Director of the Southwest Workers Union and the Committee for Environmental Justice Action in San Antonio, Texas, and John Lindsay-Poland of the Fellowship of Reconciliation.

Medea Benjamin pointed out how the American people are hurt by U.S. foreign military bases as it diverts money from social causes and promotes militarism. "The U.S. people do not want more bases abroad. We know it is not about protecting people but protecting corporate profits. We are victims of the empire and our kids are getting killed." [3]

In 2008 Joseph Gerson of the American Friends Service Committee, Cambridge, MA signed an online petition “A Open Letter to Barack Obama on Iran”.[4]

In 2008 , Global Network Against Weapons & Nuclear Power in Space promoted a June 22 “Global day of fasting to Stop Star Wars”.

The global day of fasting to Stop Star Wars on June 22 is one important way for the public to become involved in this debate. All over the world the U.S. is dragging the "allies" into Star Wars and active resistance to the insanity of an arms race in space is growing.

Included on the “fast’ list was Joseph Gerson of Cambridge, Massachusetts.[5]

Working Group for Peace and Demilitarization in Asia and the Pacific

Campaign for Peace and Democracy

Gerson is listed as an endorser of the Campaign for Peace and Democracy, as of March 15, 2010.[7]

Peace and justice organizations, community based groups and Occupy are preparing to challenge militarism and austerity when the leaders of the NATO and G-8 nations meet in Chicago this May. Join us to learn what NATO and the G-8 have to do with the world’s wars, economic crises, and making the world safe for the 1%.

Joseph Gerson "is Director of AFSC’s Peace and Economic Security Program. He is a lead organizer of the May 18 Counter-Summit for Peace and Economic Justice in Chicago. His most recent book is Empire and the Bomb: How the U.S. Uses Nuclear Weapons to Dominate the World."[8]