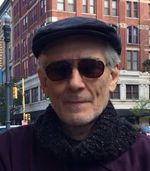 Randolph "Randy" Shannon is a Beaver County, Pennsylvania activist. He is married to Tina Shannon.

Randy Shannon was a student leader in the 1960's at Duke University. He left Duke to organize campus groups for labor, peace, women's equality, and civil rights in the South as a staff member of the Southern Student Organizing Committee. In Nashville, he was a leader of the anti-Vietnam War movement and the Free Angela Davis campaign. He was an organizer for the National Welfare Rights Organization and led a local delegation to the 1972 Democratic Convention in Miami to fight for a $6400 guaranteed income.

He ran in the TN 5th Congressional District Democratic primary in 1972 successfully targeting a right wing anti-busing candidate. He worked as a welder and organized rank and file workers as a member of Teamsters Local 327. He moved to Pittsburgh in 1976 and still works in the R&D sector of the basic materials industry. In PA he organized the Pittsburgh Youth Movement for Jobs, was active in the peace movement, and progressive politics.

He helped organize the first Citizens Congressional Hearing on Medicare for All, chaired by Rep. Dennis Kucinich in Aliquippa, PA in May 2005 and was an early advocate in Progressive Democrats of America for Medicare for All. He has worked for ten years building a local chapter of PDA that reflects the progressive coalition of minority, labor, and progressive activists. For the last nine years he has been a member of the National Coordinating Committee of the Committees of Correspondence for Democracy and Socialism and a member of Democratic Socialists of America. He authored "Its Time to Fight for Full Employment," and co-authored "Change the System not the Climate." He has been active in building a grass roots anti-fracking movement and has helped organize communities to protect drinking water. He is on the ballot for 2016 Democratic Convention Delegate for Bernie Sanders and working to recruit new members to the PA 12th CD Chapter of PDA. [1]

In 2013, Randy Shannon was listed a a friend on the DuBois Clubs Facebook page.[2]

In 1991 Randy Shannon, Western Pennsylvania, was one of several hundred Communist Party USA members to sign the a paper "An initiative to Unite and Renew the Party" - most signatories left the Party after the December 1991 conference to found Committees of Correspondence.[3]

At the Committees of Correspondence Conference, July 19,1992, Randy Shannon was a candidate for the CoC NCC.[4]

The "Building the Progressive Majority: Race, Class and Gender" plenary discussion began a series of panel and workshop discussions. The plenary panel consisted of reports highlighting work of CCDS activists in the South, in the Heartland "rustbelt states," on the West Coast and New England and the East Coast. Randy Shannon's report on Western Pennsylvania and the dire conditions in the wake of de-industrialization was particularly moving. He described independent political work with groups like Progressive Democrats of America in raising the consciousness and unity of the working class and Black community, and then in turn ally with forces like the Congressional Progressive Caucus in the Congress to defeat the right and advance progressive planks in Obama's economic package. He stressed the importance of ending the wars and health care reform, especially HR 676 "Medicare for All."

In 2009 Randy Shannon, Pennsylvania, was elected to the National Co-ordinating Committee of the Committees of Correspondence for Democracy and and Socialism from the member's post National Convention ballot[6].

Randy Shannon, Pennsylvania, was elected in 2013 to the Committees of Correspondence for Democracy and Socialism National Coordinating Committee;[7]

Prospects for Left Unity in the Political Battles of 2012

Can a number of socialist and left organizations join together and achieve a critical mass in common projects during the complex battles throughout 2012? Representatives of several organizations – CCDS, CPUSA, DSA, Freedom Road and others – will discuss and debate matters arising from the OWS insurgency, the working class fightback and the 2012 elections.

Chair: Pat Fry, Committees of Correspondence for Democracy and Socialism 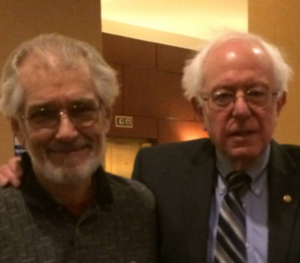 If the vote were taken for the Democratic presidential candidate at the Harrisburg Hilton on Saturday, Feb. 7, 2015 Senator Bernie Sanders, Independent of Vermont, would likely have won by a landslide.

That was the spirit in the hotel ballroom as Sanders addressed the 800 people gathered for the PA Progressive Summit. The annual meeting, sponsored by Keystone Progress, brought together progressive activists—community and trade union organizers, women’s right and civil rights groups, hopeful candidates and door knockers—all of whom made up the democratic wing of the Democratic Party, from all across the Keystone State.

The key organizers for Sanders appearance in Harrisburg were the Progressive Democrats of America, especially its 12 CD chapter in Western PA. They organized a morning fundraising breakfast where Sanders also spoke, attended by more than 150 people and raising over $10,000 on the spot.

“We need progressives like Sanders, who support working families, running for President, for Senate, and for Congress wherever possible,” said Randy Shannon, convener of the Sanders for President PA Exploratory Committee. “A Democratic victory in 2016 with a bigger progressive caucus can tax Wall Street, end austerity and discrimination, and put the nation to work building the solar infrastructure we desperately need.”[9]

In 2016 Randy Shannon was secretary of the board of Progressive Democrats of America.

Randy Shannon , Pennsylvania, was elected in 2016 to the Committees of Correspondence for Democracy and Socialism National Coordinating Committee;[10]

The conference will be streamed from Chicago to regional meetings in New Haven, Los Angeles, and Orlando. Whether you’re on the East Coast, West Coast, in the MIdwest or the South, you’ll be able to participate.[14]