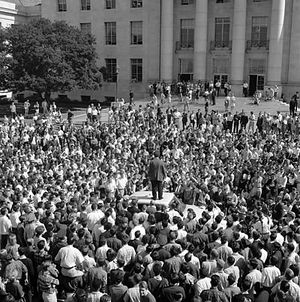 The FSM "was a struggle by students over the right to engage in political speech on campus, which helped to catalyze broader political activism on campuses around the country over student rights, civil rights and the Vietnam War."[3]

Original members of the 2006 Movement for a Democratic Society board included[4];