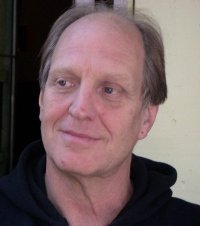 An Open Letter to the New New Left From the Old New Left.

Now it is time for all those who yearn for a more equal and just social order to face facts.

By Former leaders of the Students for a Democratic Society. April 16, 2020.

On April 13, 2020, Senator Bernie Sanders urged his supporters to vote for the presumptive Democratic nominee, former vice president Joe Biden. Writing as founders and veterans of the leading New Left organization of the 1960s, Students for a Democratic Society, we welcome Bernie’s wise choice—but we are gravely concerned that some of his supporters, including the leadership of Democratic Socialists of America, refuse to support Biden, whom they see as a representative of Wall Street capital. Some of us are DSA members, but do not believe their position is consistent with a long-range vision of democracy, justice, and human survival....

We salute Bernie Sanders and our friends and comrades in DSA and in the diverse movements for social justice and environmental sanity that enabled them to rise. We look forward to joining together to build on and defend our accomplishments. And now we plead with all: Get together, beat Trump, and fight for democracy—precious, fragile, worth keeping.

The signers of this letter were founders, officers, and activists in Students for a Democratic Society between 1960 and 1969.

In 1968, the Chicago editorial group of The Movement-a newspaper affiliated with the Student Non-Violent Coordinating Committee and the Students for a Democratic Society, consisted of[1];

Joe Chabot was ERAP’s first organizer in Chicago. Chabot opened the first JOIN office just a few doors away from the Unemployment Compensation Office on North Kedzie Avenue. With co-organizer Dan Max, one JOIN organizer would leaflet the UCO and the other would stay behind to talk with workers who visited in response to the leaflet. In the first week, roughly one hundred people came into the JOIN office. According to an internal ERAP paper, about 80 unemployed people took on a regular role in JOIN with about ten to fifteen assuming leadership roles.

After less than a year, however, Chabot seemed defeated by one of ERAP’s first lessons—that change would be painfully slow, at least at first. Chabot left and JOIN moved out of the Downtown Loop. The chapter was permanently relocated to the Uptown neighborhood, focusing attention on a wider range of pressing, and therefore actionable, community issues: welfare, housing conditions, unemployment and police brutality. As more student organizers began to arrive in Chicago, JOIN also welcomed an influx of community members who became a steady force in the organization. From Uptown, Peggy Terry, Dovie Coleman and her niece Dovie Thurman, Dorothy Perez, Dominga Alcantar, Mary Hockenberry and Candy Hockenberry, Virginia Bowers, Terry’s son Doug Youngblood, Junebug Boykin and Bobby McGinness were joined by SDS organizers Richie Rothstein and Vivian Rothstein, Mike James, Diane Fager, Pat Sturgis, Steve Goldsmith, Todd Gitlin and Nancy Hollander, among others from both the community and the student movement[2] 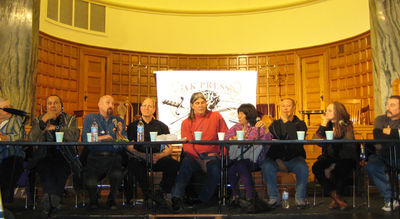 On December 4, 2005 Brooke Anderson arrived at the First Unitarian Church of Oakland, just a few blocks away from her new home in Oakland, California, to see Barry Romo on a panel convened by AK Press and KPFA. Having recently moved from Champaign, Illinois and missing my friends, I reveled in the idea of Barry and VVAW coming to Oakland, even if only for the evening.

The panel was called "The Future of Struggle: Movement Veterans Discuss Yesterday's Lessons for Today." The idea was to have key figures from various radical movements discuss lessons learned over the last four decades of organizing, how these lessons could be applied to work being done today, and how to move forward.

Original members of the 2006 Movement for a Democratic Society board included[4];

Michael James of the Heartland Cafe signed the statement[8].

In 2009 Mike James Heartland Cafe, 49th Ward Democrats was listed as a signer of the Progressives for Obama website.[9]