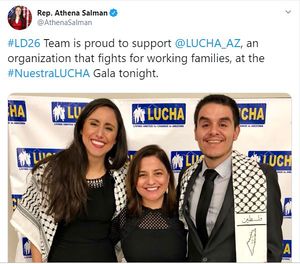 Juan Mendez is a Berniecrat, a term used for those democrats (generally) running for office who have expressed support of former presidential candidate Bernie Sanders.[1] 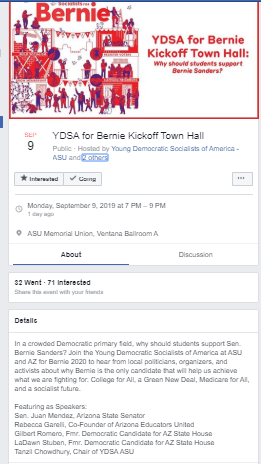 In a crowded Democratic primary field, why should students support Sen. Bernie Sanders? Join the Young Democratic Socialists of America - ASU and AZ for Bernie - 2020 to hear from local politicians, organizers, and activists about why Bernie is the only candidate that will help us achieve what we are fighting for: College for All, a Green New Deal, Medicare for All, and a socialist future. 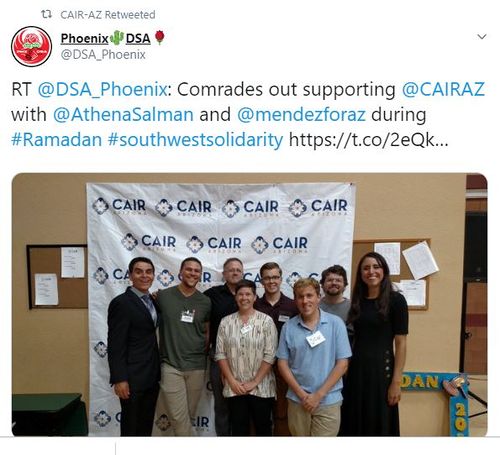 On Jun 13, 2017, Athena Salman was pictured with Juan Mendez and other "comrades" in support of CAIR - Arizona, tweeted by Phoenix Democratic Socialists of America.[2]

In 2013 Phoenix Democrats supported the effort to recall Sheriff Joe Arpaio, which was spearheaded by Respect Arizona, and assisted by Citizens for a Better Arizona, headed by Randy Parraz.

The Democrats of s of Legislative District 26 donated the proceeds from a scheduled chili cookoff on Saturday, April 20, 2013 to the recall effort, which has 41 days remaining before its deadline of May 30, when the campaign must turn in all of the signatures it has gathered.

Endorsed by Our Revolution

Juan Mendez was endorsed by Our Revolution, an organization run by former campaign workers and supporters of former socialist presidential candidate Bernie Sanders.[4]

Arizona activist against the TPP