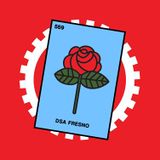 Our official chapter endorsements for the 2020 Primary are here! 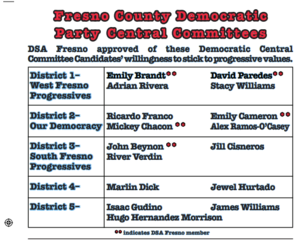 Contact for the organization in April 2017 was Josh Grant.[1]

JOIN US FOR OUR MARCH GENERAL MEETING! This is our first meeting since we elected our brand new Council.

At our May 20th meeting, we endorsed candidates for statewide and federal office. Congratulations to all endorsees!

Democratic Socialists of America, Fresno, CA Chapter June 15 at 10:30 AM ·

We are very excited to hear about traveling to Cuba at our next general meeting! If you are interested in socialist countries abroad, don’t miss out on this opportunity.

Dr. Reeves will also discuss the Cuban healthcare system (which does way more than the American system and costs way less). 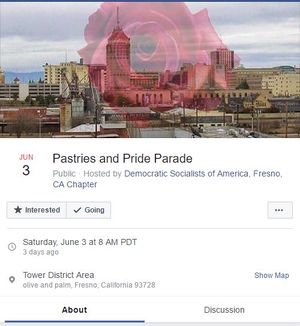 This is the Facebook Group for all interested in the Democratic Socialists of America in Fresno, CA. 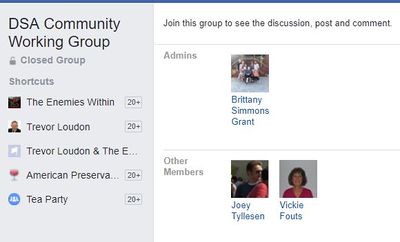