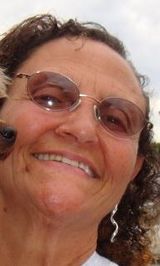 In the 1980s Vicki Alexander worked at Harlem Hospital.

At the 1987 National Rainbow convention in Raleigh North Carolina, a new board was elected, which included Vicki Alexander. 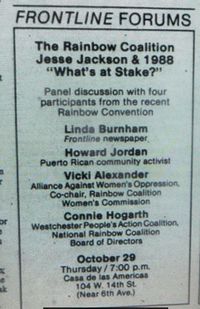 In 1987 Vicki Alexander was a member of the National Council of the Alliance Against Women's Oppression.[1] 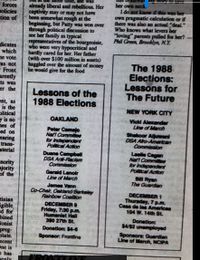 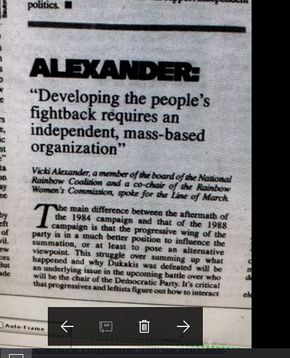 In 1988 Vicki Alexander was co-chair of the Rainbow Coalition Women's Commission and a spokesman for Line of March.

In 1992 Vicki Alexander MD, Center for Constitutional Rights, New York,, endorsed the Committees of Correspondence national conference Conference on Perspectives for Democracy and Socialism in the 90s held at Berkeley California July 17-19.[2]

In the mid 1990s Vicki Alexander was[3]a contributing editor of Oakland based Institute for Social and Economic Studies- sponsor of CrossRoads magazine, which sought to promote dialogue and building new alliances among progressives and leftists... and to bring diverse Marxist and socialist traditions to bear while exploring new strategies and directions for the progressive political movements.

I esp liked Vickie Alexander & Cathi Tactaquin 's reflections on their movement work. Cathy, reflecting on her 45+ years, incl from '73-87 with KDP (Union of Democratic Filipinos) to her urgent life/death work with global migrants and refugees through the NNIRR, urged us to strive to: 1) serve the people; 2) practice a 'mass line' (from the masses, to the masses); and 3) support mass-based grassroots organizing groups because of the inherent political limitations of 501c3 non-profit groups. — with Catherine Tactaquin, Le Tim Ly and Vicki Alexander at Hilton Oakland Airport Hotel.