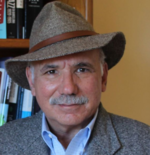 Reese Erlich is a best-selling book author and freelance journalist who writes regularly for CBS Radio, Australian Broadcasting Corp., and National Public Radio. He is a Special Correspondent for GlobalPost and contributes to VICE News. Erlich has won numerous journalism awards including a Peabody award. He is married to Elizabeth Erlich.

Erlich was born and raised in Los Angeles. In 1965 he enrolled at the University of California, Berkeley, and later became active in the anti-Vietnam War movement. In October 1967 Erlich and others organized Stop the Draft Week They were arrested and became known as the "Oakland Seven." In their trial they were acquitted of all charges, being successfully represented by Charles Garry.

In 1968 he visited Cuba for the first time, which led to a continuing interest in that country that would eventually lead to a book called Dateline Havana (2009). 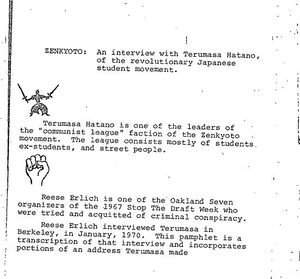 Erlich's book, Target Iraq: What the News Media Didn't Tell You, co-authored with Norman Solomon, became a best seller in 2003. His book, The Iran Agenda: the Real Story of U.S. Policy and the Middle East Crisis, was published in October 2007 with a foreword by Robert Scheer. In a San Francisco Chronicle book review, Ruth Rosen wrote, "Some people are treated as pariahs when they tell the truth; later, history lauds them for their courage and convictions. Reese Erlich is one of those truth tellers." Erlich's book "Dateline Havana: The Real Story of US Policy and the Future of Cuba" came out in January 2009.[1]

Erlich's fifth book, "Inside Syria: the Backstory of Their Civil War and What the World Can Expect" (Promtheus Books, foreword by Noam Chomsky) was published in 2014. In a starred review of "Inside Syria," Publisher's Weekly wrote, Erlich's "insights and conclusions are objective and valuable. The book is essential reading for anyone interested in understanding the current turmoil in the Middle East."[2]

Reese Erlich was a member of the League of Revolutionary Struggle. 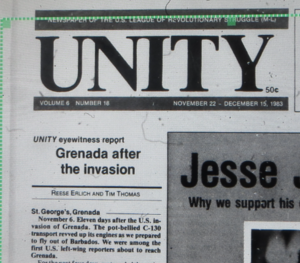 In late 1983 Reese Erlich and Tim Thomas were part of a left wing journalists delegation to Grenada. 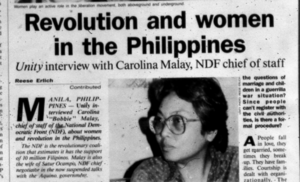 Reese Erlich, interviewed Carolina Malay, in the Philippines for Unity, February 20, 1987, the newspaper of the League of Revolutionary Struggle.

Berkeley in Solidarity with Iran 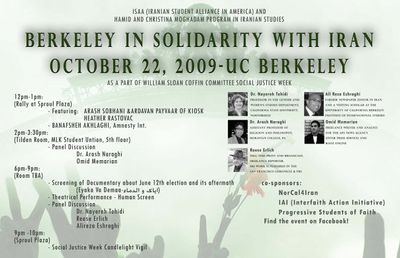