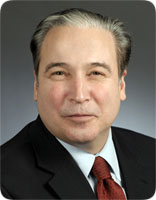 Michael Paymar was a Democratic-Farmer-Labor Party State Representative from Minnesota. He is Executive vice president of Paymar Communications.

Paymar represents District 64B, which includes portions of the city of Saint Paul in Ramsey County, which is part of the Twin Cities metropolitan area.

Paymar earned a Bachelors degree in Education and History from the College of St. Scholastica. He received his Masters degree in Public Administration from Hamline University and has been an adjunct professor at the University of St. Thomas.[1]

Paymar has received numerous awards including the NAACP Award for Dedicated Service in Support of Civil Rights, Achievement Awards from the Homeless Coalition, the Judiciary Council, Sexual Assault Coalition, and Legal Services.[2]

Michael Paymar was elected to the Minnesota House of Representatives in 1996 and in 2011 was serving in his 7th term as a legislator from St. Paul, Minnesota. At the Capitol, he is chair of the Public Safety Finance Division which has budget oversight over the Department of Correction, Department of Public Safety, Department of Human Rights, the Courts and crime victim programs. He is also member of the House Finance Committee, Public Safety Policy Division and the Civil Justice Division.

Paymar served on the Duluth City Council in Duluth, Minnesota in the 1980s. During his tenure he was President, Vice President and Finance Chair. Paymar was appointed to both the St. Paul and Duluth Charter Commissions by District Courts in Minnesota.[3] 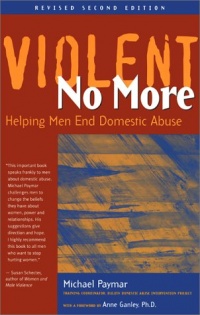 Michael Paymar is a co-founder of the nationally recognized Duluth Domestic Abuse Intervention Project. He has conducted professional workshops and lectured nationally and internationally on domestic violence. Mr. Paymar is the author of Violent No More: Helping Men End Domestic Abuse, a self help book for abusive men, co-author of Education Groups for Men Who Batter: The Duluth Model and the curriculum Creating a Process of Change for Men Who Batter with Ellen Pence. He produced Domestic Violence: The Law Enforcement Response, a curriculum for law enforcement, co-authored Building a Coordinated Community Response to Domestic Violence and produced the film Men, Battering and Change.

He has been a member of the Battered Women’s Justice Program military advisory group.[4]

In 2011 Paymar served a Resource Specialist for the Battered Women’s Justice Program in Minneapolis providing training and technical assistance to professionals in the criminal and civil justice system, law enforcement and the military on ways to end domestic violence.

Paymar worked with the Duluth Domestic Abuse Intervention Project an internationally renowned program that has been an innovator in combating domestic violence. As a consultant with the Soros Foundation and Advocates for Human Rights, Michael Paymar worked with NGOs in Eastern Europe, Europe, the Caucuses, central Asia, China and Australia. He has worked with the Department of Defense in the United States and military installations in Japan, Guam, Iceland, Hawaii, North Carolina, Florida, and California.

Michael Paymar is an author publishing “Violent No More: Helping Men End Domestic Abuse” and “Education Groups for Men Who Batter: The Duluth Model.” He is the executive producer of Men, Violence and Change and he has written many manuals and training curricula. He is currently producing a documentary "With Impunity" for PBS. He has been a featured guest on national and international television and radio discussing family violence.[5]

In 1999, the Network Women’s Program launched three major initiatives to encourage and support the development of a regional response to violence against women. These initiatives include (i) an intervention training program, Community Coordinated Response to Domestic Violence—the Duluth Model, (ii) a Service Support Exchange Program to strengthen NGOs responding to violence against women, and (iii) a small grants program to support NGOs combating trafficking in women, as a follow-up to the 1998 Transnational Training Seminar on Trafficking in Women, in Budapest.

In November 1999, the NWP introduced a new training program--the Community Coordinated Response to Violence Against Women (the Duluth Model) based on the internationally acclaimed Duluth Domestic Abuse Intervention Project (DAIP), to respond to violence against women.

Initially designed in the U.S. in 1977, the DAIP created a community response to assault cases. The significance of a community response to violence against women is that violence should be prevented and responded to systematically by community agencies, to avoid placing the responsibility of stopping violence on the victim. In the Duluth model, women's advocacy groups play an essential role in working with policy makers, legislators, and agency directors to redesign the criminal justice system to appropriately respond to women who experience domestic violence.

In collaboration with Open Society Institute national foundations, NWP supported multi-sector national teams from 20 countries to improve the effectiveness of intervention in domestic assault-related cases. Teams were made up of women’s NGO activists, practitioners in the criminal and civil justice system (police officers, prosecutors, probation officers, judges), human service providers (counselors, psychologists, group facilitators), and policy-making community leaders. The trainers of the program were Ellen Pence, a co-founder of the Domestic Abuse Intervention Project; Minnesota Congressman Michael Paymar, an active member of the DAIP; and Loretta Frederick, an attorney for the Battered Women's Justice Project. 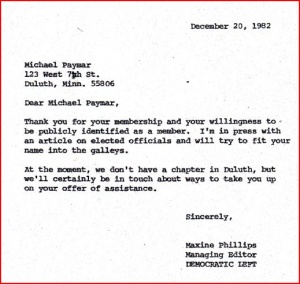 Michael Paymar, from Duluth, was a member of Democratic Socialists of America as far back as 1982. 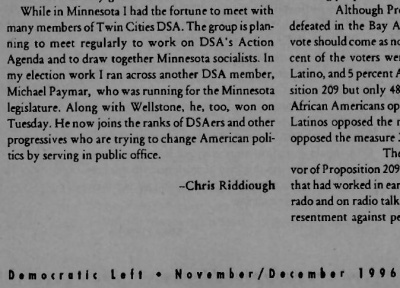 In 1996 Democratic Socialists of America sent six staff members into the field for the final weeks of the election campaign. These staff and DSA volunteers "contributed to the re-election of Senator Paul Wellstone, Congressperson Maurice Hinchey (D-upstate NY).

DSA leader Christine Riddiough was assigned to Wellstone's campaign in Minnesota. While there she also met Michael Paymar;[7]

While in Minnesota I had the fortune to meet with many members of Twin Cities DSA. The group is planning to meet regularly to work on DSA's Action Agenda and to draw together Minnesota socialists. In my election work I ran across another DSA member, Michael Paymar, who was running for the Minnesota legislature. Along with Wellstone, he, too, won on Tuesday. He now joins the ranks of DSAers and other progressives who are trying to change American politics while serving in public office.

In late 2009, Michael Paymar was one of more than 1,000 state legislators to sign a letter entitled "State Legislators for Progressive Health Care Reform". The letter was a project of the Progressive States Network and was developed in consultation with national health care reform advocates, including the AFL-CIO, AFSCME, Community Catalyst, Families USA, Herndon Alliance, National Women's Law Center, Northeast Action, SEIU, and Universal Health Care Action Network. The letter reads in part,[9]

Kristina Rose, Acting Director, National Institute of Justice, kicked off the discussion, explaining that in the 15 years since the signing of the Violence Against Women Act (VAWA), the paradigm has shifted: Violence against women is no longer tolerated, and offenders are held accountable. The need for a multidisciplinary approach and a partnership with the community is met with a coordinated community response — an intervention developed to deal with domestic violence. VAWA created the Office on Violence Against Women, which has awarded more than $4 billion in grants for victim services such as shelters, training and other community resources. VAWA has also provided a steady stream of research funding for NIJ, sponsoring more than 270 studies totaling nearly $80 million. Because of VAWA, the law enforcement community now knows that protection orders reduce recidivism, that sexual assault occurs in nearly half of domestic violence cases, and that nearly 3.4 million people are stalked each year. Critical questions and gaps in knowledge have been identified.

Michael Paymar, Representative, Minnesota House of Representatives, explained that VAWA is an important resource to his state, providing for research, training and demonstration projects that allow a look at promising practices to see if they can work in Minnesota.

Mr. Paymar acknowledged his great friend, the late Sheila Wellstone, who was passionate about ending domestic violence and who worked tirelessly to re-authorize VAWA in 2000. She was determined that the next focus should be on the men who commit the violence.