Template:TOCnestleft Donald Niven Wheeler (October 23, 1913 - November 8, 2002) was a Communist and an accused Soviet spy. He was never convicted of espionage despite repeated investigations.

He was the father of Tim Wheeler, Susan Wheeler, Marion Burns and stepfather of Stephen Vause.

Don Wheeler was a graduate of Reed College who earned a Rhodes Scholarship to study at Oxford University. There, "spurred by what he learned through his studies in economics", he joined the university branch of the Communist Party of Great Britain . He did post-graduate work at the University of Paris but dropped out to join the International Brigades during the Spanish Civil War. There he met Mary Lukes Vause, a fellow graduate of Reed College, a new mother and the widow of his best friend, Clare Vause. They were married in 1938. He later returned to Oxford (1968) and completed his doctoral studies.

Duncan Lee, a college classmate, described him as a really "progressive person".[1]

Soon after Don Wheeler arrived in Oxford in 1936, the British Union of Fascists (BUF) announced that Sir Oswald Mosley, führer of the BUF, would come to speak at a rally in Oxford. He would be accompanied by more than 100 of his Blackshirt thugs. 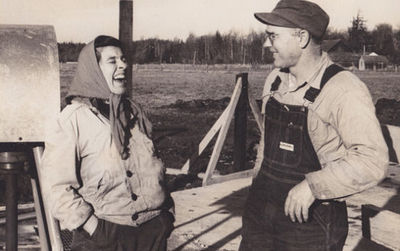 Wheeler said that Oxford’s anti-fascist students, many of them members of the Communist Party of Great Britain, decided to give Mosley a “warm welcome.” Reinforced by a couple of hundred workers from the MG auto plant in Oxford, they packed the meeting hall the night Mosley arrived. The Blackshirts were lined up along walls of the meeting hall glowering menacingly at the Oxford students, MG workers, and others who crowded the hall.

Mosley began to speak, spewing out a torrent of racist, anti-Semitic hate, gushing his eternal love of Hitler and Mussolini and promising the crowd that fascism would purify Great Britain by eliminating Jews, Gypsies, Bolsheviks, and other non-Aryans.

The MG workers and the Oxford students began to heckle and boo. The chief of the Blackshirt thugs took the microphone from Mosley and snarled, “The next person who disrupts this meeting will be expelled forthwith.”

Sir Oswald stepped back up to the microphone. The instant he opened his mouth, from the back of the hall, in a falsetto voice one of the students squeaked loudly, “Forthwith.”

The Blackshirt thugs attempted to charge into the crowd to grab him. That was the signal. All the Oxford students and MG workers stood, picked up their folding chairs, folded them flat, and hurled them at the advancing Nazis.

“We mowed them down with those chairs,” says Wheeler exclaimed. The fascists beat a hasty retreat, Sir Oswald in his limousine, his goons in military-style army trucks.

But the anti-fascists had planned another surprise for the Nazi invaders. They had poured sugar in the gas tanks of all the BUF vehicles. A couple of miles outside Oxford, they all came to a halt, the engines gummed up.

Don Wheeler was a brilliant student who won a “First” in a graduate program called “Modern Greats” at Oxford. He transferred to the Sorbonne in Paris in 1937 and was recruited to serve as a courier travelling into the south of France with cash, visas, and other documents to help volunteers with the Abraham Lincoln Brigade get across the Pyrenees into Spain to fight the Franco fascists.[2] 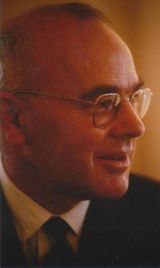 Wheeler was associated with various so-called "Comintern" organizations before being employed by the government, first in the United States Department of Agriculture, later the Department of Treasury. From 1941 to 1946, Wheeler was employed by the Office of Strategic Services (OSS) in Washington, D.C. Wheeler was allegedly a member of the white collar unit of the Communist Party of the District of Columbia. Franz Neumann, who worked with him in the OSS, allegedly gave a good report to Moscow, describing him as "a calm and progressive man".[3]

In 1938, Don Wheeler returned to the United States to teach at Yale University. Soon after joined the Agricultural Adjustment Administration (AAA). Soon afterwards he was recruited as a Soviet spy (codename Izra) and worked under the guidance of Jacob Golos. It has been argued by Allen Weinstein, the author of The Hunted Wood: Soviet Espionage in America (1999): "Politically, Wheeler's life followed a familiar are among the romantic, radical Americans who volunteered their service to Soviet intelligence, from milder reform traditions into communism, though in his case, family background dictated a wider range of involvement."[4]

Wheeler also worked in the U.S. Department of the Treasury. In 1941 he was appointed as section chief of the Research Division of the Office of Strategic Services (OSS), the American wartime strategic intelligence agency, where he worked closely with Duncan Lee, another secret member of the Communist Party USA and a fellow spy. Christopher Andrew & Vasili Mitrokhin, the authors of The Mitrokhin Archive (1999), have argued that because of people like Wheeler, "throughout the Second World War the NKVD knew vastly more about OSS than OSS knew about the NKVD."[5]

In 1943 Wheeler became a member of the Victor Perlo group. Perlo later wrote to his Soviet supervisors: "He has access to excellent material and once given an explanation of what was wanted, worked hard and bravely to get it... He has not been reckless but has gotten materials regularly under security conditions more difficult than those faced by most others in the group." [6] "Beginning in 1944, virtually the entire range of OSS analytic and planning documents on Nazi Germany and its postwar prospects flowed continuously from General Donovan's Washington headquarters through Donald Wheeler to Pavel Fitin's offices in Moscow."[7]

On the 30th May, 1944, Iskhak Akhmerov described Don Wheeler as "an old Communist Party member for several years... capable, works in the Labor Division, Research and Analysis Branch of the OSS." [8] Wheeler explained his own role in the OSS in a biography he supplied to the NKVD. "Up to the present, the work of my section has been mainly strategic analysis and estimating population and the manpower factors of strategic importance to the enemy's position. In particular, we have worked on the German civilian manpower situation, military manpower, the strength and disposition of enemy forces, and enemy losses." [9]

Three months later, Duncan Lee, another Soviet spy in the OSS, told Elizabeth Bentley that Wheeler was being investigated for espionage. Akhmerov reported to Moscow: "About ten days ago (Lee) told us very unpleasant news concerning (Wheeler's) situation... he is included on the list of officials who allegedly provide us with information from their department. (Bentley) says (Lee) is one of the senior people in the department in charge of checking the officials, etc." Akhmerov admitted that Wheeler would be a great loss to the network: "As you know, (Wheeler) passed to us more interesting materials than anybody else from this group. Three weeks ago (Bentley) met with him for the first time. He made a very good impression on her. I asked (Bentley) to be very prudent and to do everything possible to fortify his position in the OSS. He seems to be very brave and does not care about his situation. He says it makes no sense to be afraid: a man dies only once. He treats his OSS colleagues very critically and considers them all empty-headed." [10]

Don Wheeler continued to pass documents to the Soviet Union after the war. In November, 1945 he sent information on various issues. This included a report on the Italian domestic political situation on the eve of elections in that country; a copy of the confidential report written by the military governor in the U.S. occupation zone of the USSR; OSS reports about current political events in the USSR; OSS weekly reports on political events in Europe and a State Department intelligence report on the Middle East.[11]

As a result of this information Donald Niven Wheeler was blacklisted. Wheeler and his family moved to a dairy farm in Sequim, and remained active in the Communist Party USA. He was also active in the Civil Rights Movement and in 1963 took part in the March on Washington. [13]

Tim’s father Don, a brilliant Rhodes Scholar, was employed by the U.S. government in Washington, D.C. Don and Tim’s mother Mary were members of the Communist Party USA, which he later joined. With the dawn of the McCarthy period Don was blacklisted.

In 1948, the family became “Cold War refugees”. Unable to find work, they picked up and moved to the Pacific NW to join grandparents, aunts, uncles and cousins.

Barack Obama, Sr. at one point visited the family farm.

One of Tim’s remarkable connections is with President Obama. It turns out Tim attended the University of Washington with Barack Obama, Sr. They became acquainted through another exchange student from Kenya, Muga Ndenga. Once Tim invited Muga and his fellow Kenyan to visit the family farm.

Obama drove with two women friends up front, while Muga, Joyce and Tim rode in the back seat. Tim writes, “Obama drove at eighty or ninety miles-an-hour on the twisting curves of Old Olympic Highway. We were convinced we all would die!”

They did arrive safely and the next day Tim proudly took everyone on a tour of the dairy farm.

“I sized Obama up: slim, dark complexioned, strikingly handsome, courteous and soft-spoken. Like Muga, he spoke the “King’s English.”

Obama Sr. dressed “like he had just stepped out of the pages of one of those fashion magazines. I decided then to remove from the tour a demonstration of the wonders of our manure pump.”

Tragically, Obama, Sr. died later in a fiery auto accident in Kenya. It was 40 years later Tim and Joyce realized they had hosted the father of the 44th president.[14]

Donald Wheeler, Bainbridge Island, Washington State, was on the list.[15]

In May 1995 The Communist Party USA newspaper Peoples Weekly World published a May Day supplement. Included was a page of greetings to Will Parry, sending "warmest greetings" for his 75th Birthday. Almost all of the more than 100 endorsers listed, were identified members or supporters of the Washington State Communist Party USA.

In loving memory of Ethel Beach who sold the Peoples World in Seattle during the worst Cold War years and was "an outpost for freedom of the Press."