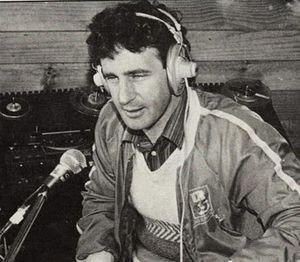 In 1972 Carson was a Victoria University Wellington Students Association executive candidate, 3rd year BA in Anthropology, secretary of the Student Anti War Committee, a member of Maoist controlled HART and OHMS and the co-founder of a food co-op.[1]

In 1973 Carson was VUWSA sports officer.

And now I have discovered the unmounted photo of the VUWSA 1972 Exec.

In 1973 Carson was elected to the Wellington Committee on Vietnam executive. [4]

In December 1975, Carson, then chairman of the Committee on Vietnam, was the first signatory of letter to New Zealand Monthly Review announcing a NZUSA-called meeting in next 6 weeks to arrange a national conference to be held in March or April 1976 "to discuss the 'post-Indochina situation'. The emphasis would be of a political nature. . ." [5]

In March 1976 , as International Vice-president of the NZUSA, Carson was telegraphed by the acting head of the Asian division of the Ministry of Foreign Affairs, who stated that Taiwan would be regarded as a province of Mainland China.

In 1976 Carson put a motion at the Thailand meeting of the Asian Students Association that Israel be expelled from the ASA. [6]

Don Carson and Petra Van den Munckhof on their trips to, and attendance at, the Asian Students Association Conference in Bangkok.

Although two reports were presented, discussion centred around Petra's, which was highly critical of the preparation given her by NZUSA for effective participation in a conference on Women in the Third World, which was run in conjunction with the ASA Conference.

Don Carson was also questioned about his voting on two motions which effectively expelled Israel, and admitted three Arab nations to ASA. Many of the presidents were not happy with his support of the Arab admissions because NZUSA policy indicated that the ASA geographical boundaries should stop at Pakistan.[7]

In 1975, March 10, Carson's name was mentioned at a Christchurch Campaign Against Foreign Control In New Zealand meeting as Wellington associate.

In 1985 September 28-29, Carson spoke at a Campaign Against Foreign Control of Aotearoa, W. B. Sutch Seminar in Christchurch subject "Looking at the SIS Today".

In 1977 Don Carson was a Wellington contact for for the Campaign Against Nuclear Warships (CANWAR).

In 1980 he was also an HART National Councilor (Wellingtn.[9]

In May 1981 , Carson, as a member of the HART national executive, represented HART at at a United Nations conference.

The List included Don Carson - Wellington representative. Former VUWSA sports officer. Worked for Ministry of Foreign Affairs but left after "advocating revolution in Malaysia". Supports the Palestine Liberation Organization. "Believed to be a member of the Workers Communist League".

On August 12 1982, Don Carson from the Wellington Palestine Committee, addressed a CORSO meeting in Wellington, where he condemned the Israeli invasion of Lebanon.[11]

On the 7th of September 1985, Carson attended a CORSO Annual Assembly at Wellington Teachers College, as rep. of the Wellington Palestine Group.

Carson spoke (with Ivan Sowry) at the South Pacific Conference for Peace & Justice in Central America 18-19 July 1987 in Wellington on South Africa & Israel as props for dictatorships, representing the Wellington Palestine Group.

On the 25th of May 1989, Carson was on a list of prospective delegates to closed "Human Rights" conference held at Parliament Buildings, representing the Wellington Palestine Group.

From 1987-90, Carson was chief rural reporter for Radio NZ - he fronted Rural Report.

In 1992 Carson was a rural reporter on Radio NZ.

In 2002 Carson was a journalist, living in the same Wellington street as Gyles Beckford. 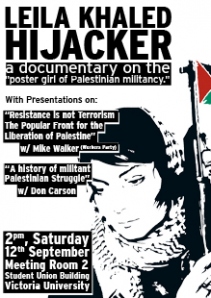 On August 13, he was Interviewed in the Socialist Unity Party's Tribune on the Gulf crisis. "Don Carson, who has an active and long term interest in the Middle East, discussed the history of Iraq with Tribune."

On January 18, 1991, Carson was interviewed by Bill Ralston on TV3 about outbreak of war.

On March 11 1991, Tribune published a Don Carson article on the US action in the gulf, the UN's involvement and the US's refusal to link the invasion of Kuwait to Palestinian question.

In 1996 Carson talked to the far left Victoria University Human Rights Group on his recent visit to Palestine. [13]

In 2002, over Labour Weekend, Carson spoke to the Anti Capitalist Alliance national educational and organizational weekend on US policy in Middle East, a "leading member of the Wellington Palestine Group. Carson also spoke at an ACA demonstration outside US consulate. [14]

In June 2004, Don Carson was speaker at the ACA organized Peoples Resistance '04 at the Trades Hall Auckland. [15]

On September 12, 2009 Don Carson and Mike Walker of the Workers Party addressed a Victoria University screening of a documentary on the life of infamous Palestinian terrorist Laila Khaled.