Difference between revisions of "Jose Soler" 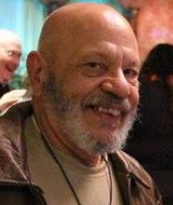 Template:TOCnestleft Jose A Soler was, in 2009 Jose Soler a contributing editor and a member of the [1] of the Editorial Collective of Political Affairs, theoretical journal of the Communist Party USA.

He is former Director of the Arnold M Dubin Labor Education Center at the University of Massachusetts Dartmouth. Lives in New Bedford, Massachusetts. From New York City , New York.

Alice Palmer, editor of the Black Press Review was elected International Organization of Journalists vice president for North America at the organization's 10th Congress, October 20-23 1986, in Prague Czechoslovakia. She also traveled to the Soviet Union and Bulgaria during the same trip[3]. Alice Palmer's IOJ duties were to include co-ordinating the activities of IOJ chapters in the US, Canada, Mexico and the Caribbean.[4].

Other U.S. attendees included Jan Carew of Black Press Institute, Simon Gerson and Jose Soler of the U.S. branch of IOJ and Gwen McKinney and Leila McDowell-Head of the National Alliance of Third World Journalists[5].

The IOJ was a Soviet front operation[6], based in Prague until its expulsion by the Czech government in 1995.

In 1991 Jose A Soler wrote an article for the People's Weekly World, entitled "Our stake in relations with Cuba". Soler was a member of the Puerto Rican Socialist Party and the president of the New Jersey Hands Off Cuba Committee[7]

In the late 2000s, Jose Soler was an assistant editor of University of Minnesota based Marxist journal Nature, Society and Thought[8];.

Those expressing interest in attending, on Facebook included Jose Soler .[9]