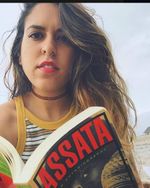 Durham for All people

Durham For All June 21, 2017 · We had a busy weekend with our 2nd Monthly Mass Meeting, a Campaign Team mid-year retreat, and a base-building Community Dinner!

Let's win political power and build a Durham for All! 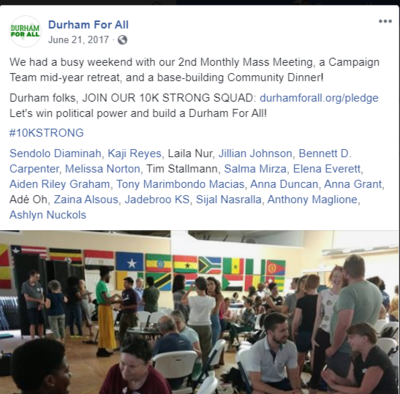 In 2012 Zaina Alsous was part of the NC Student Power Union and Workers World Party in Durham North Carolina. [1]

Zaina Alsous is an editor for Scalawag and MFA candidate in poetry at the University of Miami. Born and raised by immigrants in North Carolina, most of her writing and community work focuses on labor, Arab diaspora, and decarceration.

After the UAW’s bid to represent workers at the Volkswagen plant in Chattanooga, Tennessee was narrowly defeated last winter, mainstream pundits wrote off the AFL-CIO’s much-vaunted commitment “to develop a Southern organizing strategy.” But the obituaries are premature. Just days after the vote, panelists at a crowded forum in Durham, North Carolina October 2014 , rejected the pessimistic conclusion that organizing unions in the South remains futile and pointed to areas of potential growth. Their common message was that unions can win in the South through a variety of tactics, such as reaching out to new constituencies, cultivating and mobilizing community support, running innovative campaigns, recruiting and retaining public sector workers, and political action.

Chris Kromm, director of the Institute for Southern Studies, pointed out that the South has the lowest rates of union membership and the worst concentration of poverty in the United States

MaryBe McMillan, secretary-treasurer of the North Carolina AFL-CIO, believes that the changing demographics of the South, with people moving from elsewhere in the United States, along with substantial immigration from other countries, mean growth in segments of the population—particularly African Americans and Latinos—that are more likely to support unions. These trends represent an opportunity for labor and for the broader progressive movement.

Justin Flores, vice president of FLOC, noted that farm workers lack any protection under federal labor law, and many are also vulnerable as undocumented immigrants. Despite these challenges, FLOC was able to follow a successful strike against the Mt. Olive Pickle Company with a ground-breaking collective bargaining agreement between the union and the North Carolina Growers Association... Zaina Alsous, an organizer with NC Raise Up, discussed the ways that retail and fast-food workers have departed from the traditional union organizing script of seeking formal certification through National Labor Relations Board elections...In North Carolina, commented Angaza Laughinghouse, president of the North Carolina Public Service Workers Union, UE Local 150, collective bargaining agreements between unions and public employers are illegal, as are strikes by public service workers. Despite these obstacles, UE 150 has succeeded in organizing and winning improvements in wages and working conditions for its members. It has done so through rank-and-file workplace action, including wildcat strikes in some instances.[2] 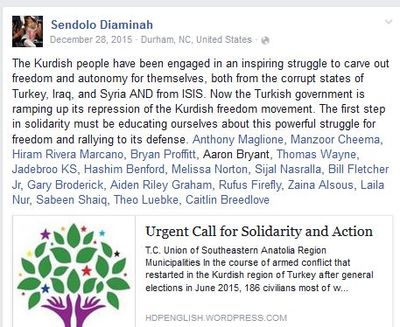 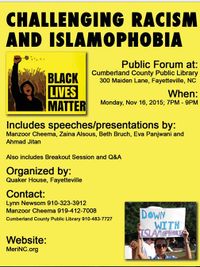 Background: We are witnessing an increase in Islamophobia (a hatred of Islam, Muslims and people who appear as Muslims) and attacks on people of color in North Carolina and around the country. North Carolina-based organization Movement to End Racism and Islamophobia (MERI) will organize a forum to discuss how to challenge Islamophobia and racism.

"We Demand Access to the Durham Jail! Rally & Press Conference"

Join us as we announce our newly formed Jail Investigation Team and our plans to hold the Durham County Jail accountable.

Since November 2012, Inside-Outside Alliance, a Durham based organization that organizes against the prison system, has published letters from inmates and their families detailing the inhumane conditions many experience at the Durham County Detention Facility. 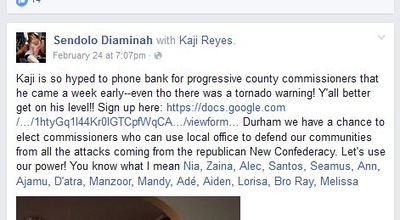 Kaji is so hyped to phone bank for progressive county commissioners that he came a week early--even tho there was a tornado warning! Y'all better get on his level!!… Durham we have a chance to elect commissioners who can use local office to defend our communities from all the attacks coming from the republican New Confederacy. Let's use our power! You know what I mean Nia, Zaina, Alec, Santos, Seamus, Ann, Ajamu, D'atra, Cheema, Mandy, Ade, Aiden, Lorisa, Bro Ray, Melissa...

Those indicating they would attend, on Facebook included Zaina Alsous .[5]

A view of some of the rallying supporters from inside Carol Folt's offfice! — with Garrett Shishido Strain, Lauren Moore, Zaina Alsous, Shannon Brien and Jake Lerner.