Tillyruth Teixeira is the widow of Ed Teixeira. 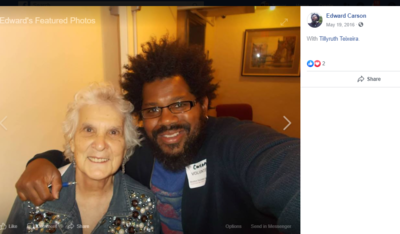 In 2014, Tillyruth Teixeira was listed a a friend on the DuBois Clubs Facebook page.[1]

In 1991 Tilly Teixeira Massachusetts, was one of several hundred Communist Party USA members to sign the a paper "An initiative to Unite and Renew the Party" - most signatories left the Party after the December 1991 conference to found Committees of Correspondence.[2]

We salute Dr. King’s courage and vision. He saw and struggled for an America and world that can be. We pledge in his memory to work to reorder our nation’s priorities “so that the pursuit of peace will take precedence over the pursuit of war.”