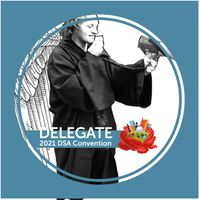 Revmira Beeby was a delegate to the 2021 Democratic Socialists of America national convention. 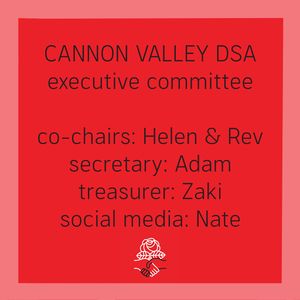 “I first heard about Line 3 when I was just out of high school,” Revmira Beeby of Cannon Valley Democratic Socialists of America told Democratic Left. On a trip to Canada, before they joined DSA, they “met some Line 3 organizers,” who said that time was growing short. Beeby joined Northfield Against Line 3, which met with the Giniw Collective and Anticolonial Land Defense. Then, Beeby co-founded Cannon Valley Democratic Socialists of America , and was soon co-chair of its executive committee. Beeby knew that a statewide effort to support the Indigenous fight against Line 3 was crucial and that chapters outside of the Twin Cities had the bandwidth to make that happen.

Cannon Valley Democratic Socialists of America signed on early to a Line 3 statement posted by the Twin Ports chapter. “We approached other Minnesota chapters in the hopes that a unified statewide DSA would bring greater national attention to the pipeline fight,” Julstrom said via email. “After every Minnesota chapter approved the statement, we kept those initial lines of communication open.” Eventually, a statewide DSA Line 3 Working Group formed, “the most active participants of which are the Twin Ports, Brainerd Lakes Area, Cannon Valley, and St. Cloud chapters.” Given the bevy of banks funding the project—Black Rock Investments, JPMorgan Chase, TD Bank, Citibank and Wells Fargo—DSA activists knew that fighting Line 3 is a strike at capitalism’s heart.

For ecosocialists, Beeby said, the Line 3 struggle is part of the fight against tar sands oil, which, along with fracking, forms the late stage of fossil-fuel devastation. “It’s so important to stop. Look what it’s done to Alberta,” where tar sands mining has torn gashes across miles of the province.