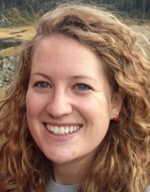 When DSA’s Feminist Working Group (FWG) launched a fundraising campaign to expand abortion access for low-income women via Abortion Bowl-a-thons, Austin Democratic Socialists of America decided to combine the bowl-a-thon with a showing of “She’s Beautiful When She’s Angry,” a recent documentary about the U.S. women’s liberation movement from 1960 to 1971.

Some 70 people attended the film showing, which was both the chapter’s first public feminist event and one of the largest actions the chapter has sponsored since being chartered in the fall of 2014.

One of our committee, Meaghan Perkins (new DSA member) invited Rosann Mariapurnam, a Lilith Fund board member, to speak at the event. Mariapurnam made clear the daunting barriers women in Texas face in obtaining legal abortions and the pressing need for contributions.

Thanks to our emails and online fundraising in addition to the film showing, we tripled our initial $500 fundraising goal by the date of our bowl-a-thon. DSA fielded two teams, each made up of young people. Older DSA members and allies were the cheering squad. Our committee brought a DSA banner, pompoms, kazoos, and costumes. Committee member Taylor Borgfeldt brought “Design your own Fallopian Fans” with a fallopian tubes graphic, markers, glue, and glitter. We have established DSA as a strong ally on abortion access. Four new members joined DSA during our campaign. Several more are interested in working with us. In addition, we now have a core group for a DSA feminist committee to do ongoing work.[1]