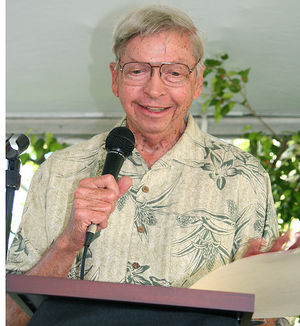 David V. DuFault played a key role in getting the ACLU/SC Desert Chapter, where he serves as president, up and running again. A Los Angeles native and Navy veteran, DuFault taught history at San Diego State University and served as the department's chair. He is also active in the California State University Emeritus and Retired Faculty Assn.

Paying Tribute To These Champions of Civil Liberties:[1]