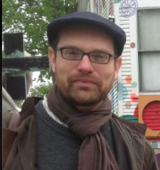 The Democratic Socialists of America, which gathered July 2017 in Chicago for its biennial convention, passed a resolution on Saturday to endorse the BDS movement. The vote in favor was so overwhelming, with so few dissenters — more than 90 percent supported the resolution — that no formal tally was taken. It marked the first time in the group’s 35-year history that it has taken a position on the issue.

“I expected it to pass, but it did surprise me how overwhelming the support was,” said Rawan Tayoon, a Palestinian DSA activist from Los Angeles. Tayoon helped draft the resolution as part of a group that began its work in the spring.

Another drafter, Benjamin Balthaser, a Jewish Voice for Peace-Chicago member, who joined the DSA last year, said it was especially important for people from the Jewish community to make their voices heard on the Israeli-Palestinian conflict. “The Israeli government says it represents all Jews in the world,” Balthaser, who is Jewish, told The Intercept. “And I think it’s very important for the Jewish community to say, ‘We don’t feel represented by an apartheid government. We don’t feel represented by a military occupation.'”[1]

This page is intended as an ad-hoc start to a proposed working group based around the exploration of arts, culture and radical social change among Chicago members of Democratic Socialists of America. [5]