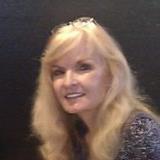 Alyssa Burgin is Executive Director at The Texas Drought Project. A fourth-generation San Antonian, Alyssa Burgin is a former political communications consultant and the former Outreach and Media Director of Texans for Peace, the state’s largest peace-and-justice network. Although originally in pursuit of degrees in physics and biological sciences, she graduated from the University of Texas with multiple degrees in speech and journalism, plunging into a career in national-level political advance work. She and her husband, Louis Tanner, an IT consultant, maintain mini-residences in both San Antonio and the Coastal Bend, useful for her outreach to communities throughout the state. She serves as the Executive Director of the Texas Drought Project and is much in demand for her public speaking ability.[1]

Friends of Patti Radle turned out for Councilwoman Patti Radle for her four years of service to the City. The event was held at Say Si on South Alamo, Tuesday, May 29th, 2007.

2009 Mother's Day Greetings and Love to the multi-talented Joanna Stanford — now in hospice care — whose life has combined love of family with distribution of the People's Weekly World and predecessor papers, and with the struggle for a world of peace, justice, freedom, art, dance, dolls and handicrafts.

The Texas Drought Project was born out of efforts by the Texas Harambe Foundation’s Texas Climate Emergency Campaign to facilitate passage of the Waxman-Markey bill on climate change in 2008-2009. Its co-founders, Jere Locke and Alyssa Burgin, came to the conclusion that many Texans were not yet willing to attach the words “climate change” to what was happening in Texas, but they understood intrinsically that, as one citrus farmer remarked, “things were changing” in Texas climate, weather and most certainly, rainfall patterns. Thus was formed the Texas Drought Project in June of 2009. It is registered as a 501c3 non-profit organization with the I.R.S.[5]