Template:TOCnestleft Sara Nelson is a leader of the Flight Attendants union. 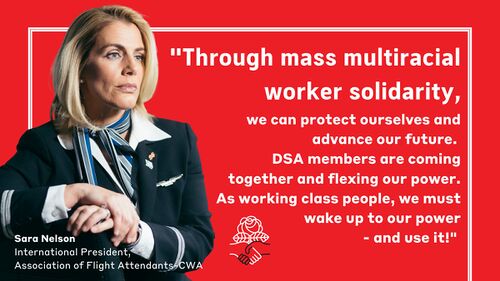 Sara Nelson, the head of the Association of Flight Attendants-CWA and a Democratic Socialists of America member was due to speak at the opening session of the 2021 DSA convention but cancelled at the last minute. Nelson had been rumored as a possible successor for Richard Trumka, who died on August 5, in the middle of the DSA convention. On Saturday, the AFL-CIO announced that it was selecting Liz Shuler, the current secretary-treasurer, as president.[1][ 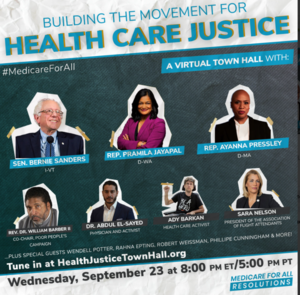 Anticipating the possibility of electoral interference, a coalition of unions and labor leaders, staffers, and activists have convened “Labor Action to Defend Democracy” (LADD), to coordinate post-election actions. LADD will “plant seeds and stir the pot, make available tools and be ready to do what is needed to protect democracy.”

“LADD is a network helping unions to connect geographically and help them link to actions by broader fight back network in their area,” Norine Gutekanst from the Chicago Teachers Union explains. “We are sharing resolutions that locals/labor councils have passed, resources (sample resolutions, pledges, petitions, memes) and encouraging unions to act.” LADD is working closely with the non-labor driven coalitions, Protect the Results, led by Indivisible, and the Democracy Defense Coalition, led by the FightBack Table. Unions, including SEIU, CWA, and UNITE-HERE are active in these two coalitions. Protect the Results has a website with a map where people can schedule protests the day after Election Day, November 4th. The groups are prepared to make decisions late November 3 or early November 4th about the plan for action.[2] 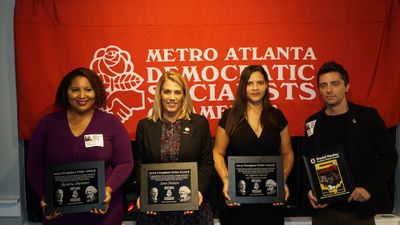 This year’s keynote speaker was Sara Nelson, international president of the Association of Flight Attendants-CWA, AFL-CIO. She quoted widely from historic figures such as Mother Jones, Fredrick Douglass and Eugene Victor Debs, and from her own experience as a worker and a woman, assuring us that “Solidarity is stronger than gravity!” Watch her speak here!

The Highlander Research and Education Center, a key resource for progressive organizers since the 1930s (now located in New Market, TN) lost their main building to a right-wing arson attack earlier this year but continues their work undeterred. Member Eric Robertson explained that the award recognizes the continued importance of the center to the current movement for human rights, worker rights and racial justice as well as its role in nurturing such historic figures as Martin Luther King, Jr. and Rosa Parks. As the Center was holding its own board meeting that weekend, Annie Thomas, regional organizer for Project South, accepted the award in Highlander’s behalf.

Georgia State Representative Renitta Shannon was recognized for her courageous service as one of a few progressive members of the Georgia General Assembly, standing up for women’s reproductive rights, LGBTQ rights, and immigrant rights. Her friend Charmaine Davis, SE regional administrator of the U.S. Dept. of Labor’s Women’s Bureau, recalled her friendship with Renitta and the awardee’s inspiring career.

To top off the celebration, we gave one of our special awards — for “creative activism” — to our own Daniel Hanley, well known for his leadership in every kind of direct action, most recently with the Light Brigade, which provides illuminated signage and projects uplifting slogans onto Atlanta’s night-time cityscape during demonstrations. MADSA founder Milt Tambor presented the award by noting many instances of Daniel’s commitment, courage and creativity — the essential makings of an activist — since he joined MADSA several years ago.[3] 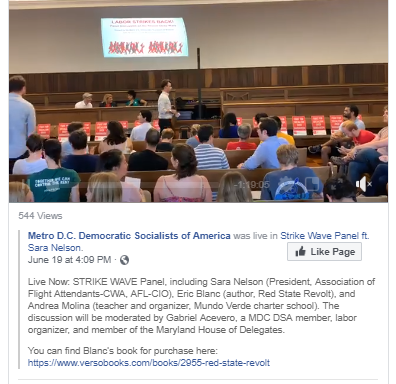