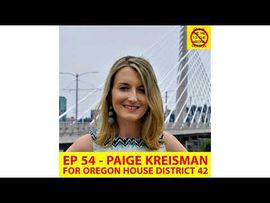 Paige Kreisman was a student at Oregon State University. She is a US army veteran, and identifies as a Marxist-Leninist. She was an active organizer with Communist Party USA, and the Benton County Democratic Socialists of America, where she served as chapter Treasurer.[1]

So excited to be at CAIR - Oregon's inaugural banquet to hear Rashida Tlaib speak! With so many amazing local leaders here! Sahar Gulu and Shanice Clarke. 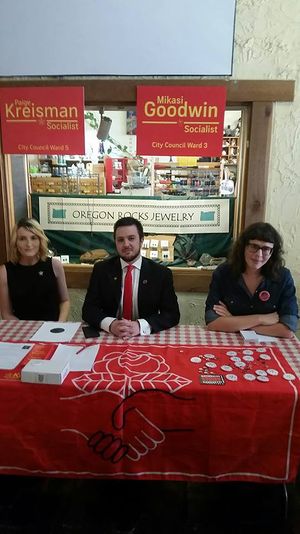 We feel that these candidates beliefs and policy propositions are in line with our own progressive, anti-capitalist, ideals.

Once in office, Paige plans to institute a rent and tuition freeze. She also advocates for disarming police officers and removing them from Corvallis schools. Additionally, she pledges to fight for the environment, LGBTQ+ rights, immigrants, and homeless people. Paige is a tireless ally of the working class and is dedicated to the liberation of the proletariat.[2] 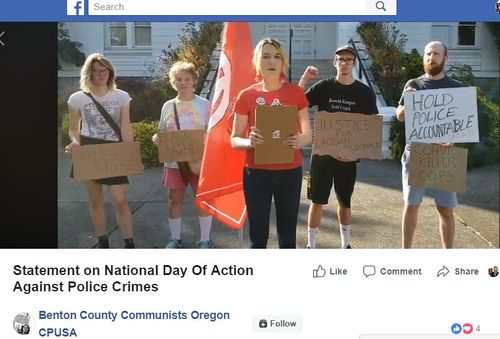 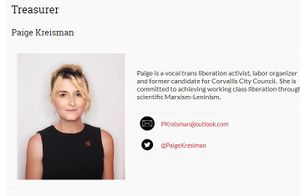 Just finished up with the Pacific Northwest conference, and this one was particularly cool, because I'm not the organizer for this region, so I got to learn so much about the work these chapters are doing. Folks showed up in mass, put together some sessions that taught me a lot, and are already planning the work with each other that will take us towards democratic socialism. Each one of these chapters has a historic opportunity in this moment, and we intend to seize it.

Thank you to Geno for the photo and to the regional team of Portland Democratic Socialists of America and fellow PNW chapter volunteers that put together such a smooth and successful conference!

In 2019 Paige Kreisman was active in Portland Democratic Socialists of America with Wade Hilts. 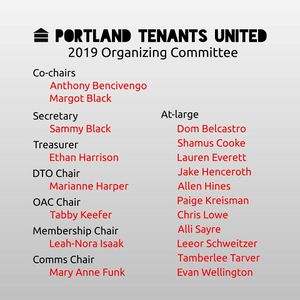 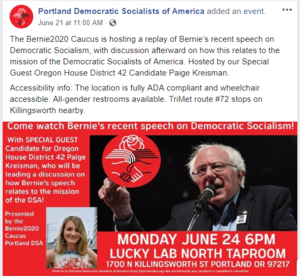 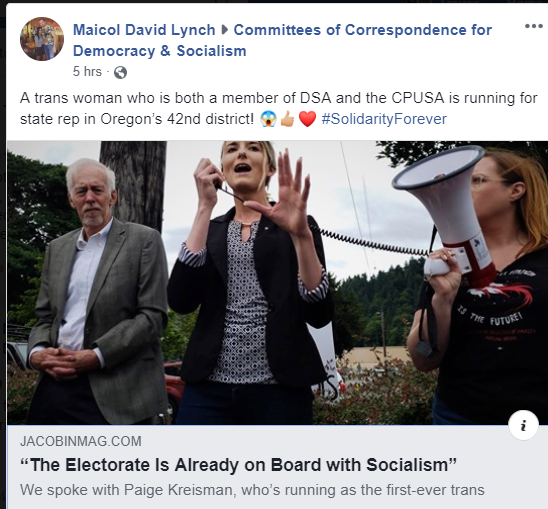