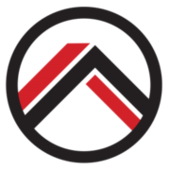 Organise Aotearoa is a New Zealand socialist organisation formed in 2016 and widely publicised in October 2018. The group describes itself as a movement "for liberation and socialism" with an extra-parliamentary focus, and a membership composed of various prison-abolitionist, anti-imperialist and anti-poverty activists. 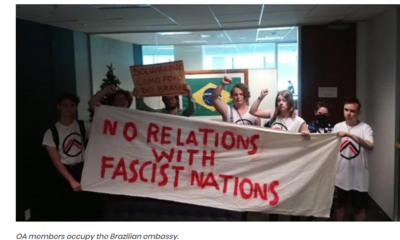 Shortly after its public announcement, the organisation engaged in a series of direct action campaigns, including joining the blockade of New Zealand Defence Industry Association forums, occupying the Brazilian embassy after the inauguration of Jair Bolsonaro, occupying the United States consulate in Auckland during the 2019 Venezuelan coup d'état attempt, and joining the occupation of Ihumātao. The group has also organised broader mobilisations such as the 2018 protests agitating for abortion reform.

Organise Aotearoa was first formed around Sue Bradford's Economic and Social Research Aotearoa (ESRA) think tank in 2016 and later expanded to include activists from People Against Prisons Aotearoa (PAPA), the Peace Action Movement and Auckland Action Against Poverty. The organisation also included Marxist-Leninists at the time of its public announcement.As of October 2019, the organisation claims a membership of over 140 active members, with branches in Auckland, Wellington, Hamilton and Dunedin.

James Roberts, the Organise Aotearoa National Secretary, spoke directly about this on the podcast, saying they weren’t debates worth derailing the wider project for. When it came to dealing with other groups, he said the aim would not be “colonising space that they’re trying to organise within, but rather working alongside to build socialism together.” He says the “plans will probably be as diverse as the membership,” but also with unifying points that everyone will agree on.

There is also potentially a space for them to work in the same way that groups like the Democratic Socialists of America, or Momentum in the United Kingdom. Those groups have become politically influential, partly through entryist tactics into existing political parties, and partly by acting as pressure groups to put issues on the agenda.[1] 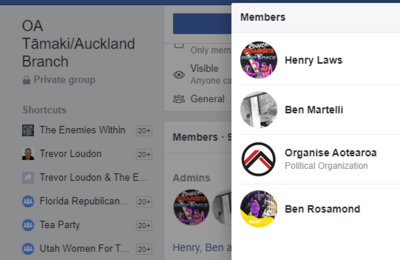 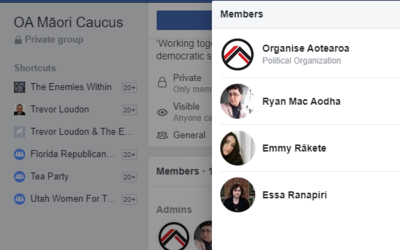 In 2018, members of People Against Prisons Aotearoa summarised Evan Poata Smith’s analysis of settler colonialism in Aotearoa. This document was presented for discussion at PAPA branch meetings. It has now been reformatted for publication.

Edited and reformatted for publication by Cait O Pronntaigh.

Evan Poata-Smith, in his 2001 thesis The Political Economy of Maori Protest Politics 1968-1995: A Marxist Analysis of the Roots of Maori Oppression and the Politics of Resistance, applied a Marxist analysis to the history of racism, colonialism, and dispossession which was brought to Aotearoa. Chapter 2 of his thesis, “Settler Colonialism and the Primitive Accumulation of Capital”, makes the argument that Marx’s account of the origins of capitalism also describes the process of settler-colonialism in Aotearoa. [2]

“The state of abortion rights in New Zealand is embarrassing,” says Organise Aotearoa spokesperson Kate McIntyre. “The law has been stuck in a state of unacceptable compromise since 1977, and has caused significant stress and grief for those seeking abortions.”[3]

March 25 2019 nearly 4,000 people gathered in central Auckland yesterday in a brilliant display of solidarity with the victims of the Christchurch mosque attacks, and in opposition to racism, Islamophobia and fascism.

The march, organised by Love Aotearoa Hate Racism, began in Aotea Square, with the names of the victims of March 15’s mosque shootings read out by Bosnian refugee and trade union activist Hana Obradovic. This was followed by a two-minute silence before the march moved off up Queen Street. The mood was defiant and energetic, with chants of “when migrant lives are under attack, stand up fight back!” and “the people, united, will never be defeated!” Up the front were a mix of flags and banners representing tangata whenua, the Migrant Workers Association, Dayenu: NZ Jews Against the Occupation, several unions including Unite, FIRST, E tu, and NZNO, and two political organisations, Socialist Aotearoa and Organise Aotearoa.

Green Party co-leader Marama Davidson called the shooting “a watershed moment” which had sparked much-needed conversation about racism in this country. “We have to stand against racism, but we can’t go back to the Aotearoa which allows this racism to stand,” she said.

Love Aotearoa Hate Racism co-founder Joe Carolan said that, although the shootings were the deed of one gunman, the attack is the “tragic consequence” of New Zealand’s failure to address racism.

“This has given confidence to fascist elements here and overseas, culminating in last week’s tragic and harrowing outcome.

Anu Kaloti of the Migrant Workers Association delivered a moving poem she had written ‘I Can’t Sleep’, calling on New Zealanders to not rest until racism is defeated. Other speakers included Māori activist Joe Trinder, Rachel Macintosh of the Council of Trade Unions, investigative journalist Nicky Hager, Mike Treen from Global Peace and Justice Auckland, Jasmine Ali from Melbourne Stand Together Against Racism, Ian Rintoul of the Refugee Action Coalition Sydney, and Elliot Crossan from Socialist Aotearoa. Representatives from the Federation of Islamic Associations NZ and Masjid e Umar spoke on behalf of the Muslim community, and there was a powerful speech from the NZ Palestine Solidarity Network.[4]