Difference between revisions of "Khalil Vasquez" 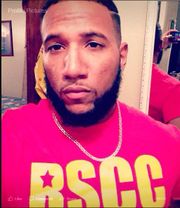 Studied at Suspended at CCNY. 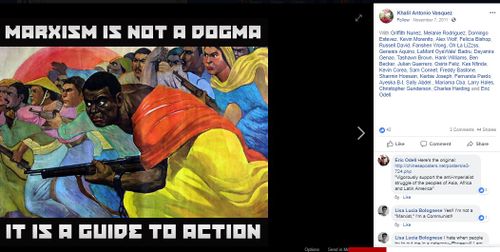 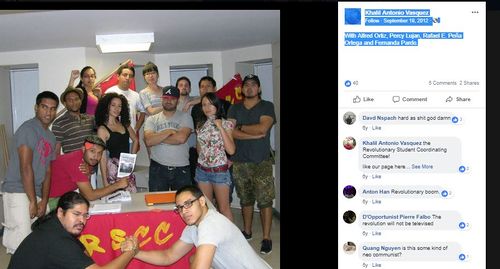 CUNY Board of Trustees protest

NEW YORK CITY – CUNY students call for a protest picket on the afternoon of Monday, June 25 outside the regular meeting of the CUNY Board of Trustees, when the Board will give massive pay raises to CUNY administrators, including a quarter-million dollar pay raise (54%) to Chancellor Goldstein.

CUNY is denying admission to more and more Black and Latino students based on its so-called rising "academic standards," while Baruch College's Zicklin School of Business was recently caught fixing the grades of failing students who work for Wall Street firms. CUNY uses one set of "academic standards" to deny admission to working-class Black and Latino students and fudges another set of "academic standards" for Wall Street executives whose tuition is paid for by their firms. Despite these twin scandals, the paper-pushing non-producing parasites on the Board are planning to congratulate administrators with outrageous salary increases on June 25.

Join the Revolutionary Student Coordinating Committee on June 25 to protest against these outrages!

Those indicating their intention to attend on the Whenever website notice of the event included Khalil Vasquez. [1]

In 2013, the City College of New York (CCNY) administration suspended students Tafadar Sourov and Khalil Vasquez, both of the Maoist Revolutionary Student Coordinating Committee, following a 24 October 2013 protest against the shutting down of the Morales/Shakur Community Center on campus . After a November 22 disciplinary hearing, the CCNY administration allowed them both to return to CCNY this spring semester, but their suspension will only be expunged from their record if they don’t get into “further disciplinary trouble.” Ominously, the CUNY administration brought criminal charges of “rioting” and “inciting to riot” against Sourov and Vasquez for exercising their right to free speech and assembly while protesting the closure of the Morales/Shakur Center.[2]

SJP, RSC and thousands of others on the fornt line taking the FDR highway.

Last year students were suspended, a community center was illegally shut down and the City College campus turned into a police-run campus in order to suppress the movement led by CUNY students and faculty to drive ROTC and War Criminal David Petraeus out of our university. Now the Macaulay Honors College is inviting him to speak. Let's be there to let Petraeus know that CUNY rejects imperialism and its war criminals!

"From the Bronx to Mindanao"

This panel examines the ecological impact of neoliberalism in advanced industrialized and developing countries through the experiences in the Bronx in New York City and in Mindanao in the Southern Philippines, as well as the development of people's response and resistance in both countries.

RSCC Fundraiser and Open Mic - Three Years in the Struggle

For three years now, the Revolutionary Student Coordinating Committee(RSCC) has been serving the needs of oppressed nationality people of NYC by working toward the liberation of CUNY. We want CUNY, an institution which puts the interests of the state before the needs of the majority of NYC's population, working class people, to become bases for revolutionary struggles inside and outside the university.

This panel will feature speakers from diverse organizations and coalitions that operate in NYC to explore different progressive struggles and how they tie-in to the revolutionary students movement being created by the Revolutionary Student Coordinating Committee.

Liaison Committee for a New Communist Party leadership as of 2015;

In order to become involved with the Liaison Committee process, please contact our national leadership:

Khalil Vasquez, was one of three people arrested on May 2015, along with "my comrades" Amanda Meltzer and Viejo Chuleta all from the Revolutionary Student Coordinating Committee.[7] 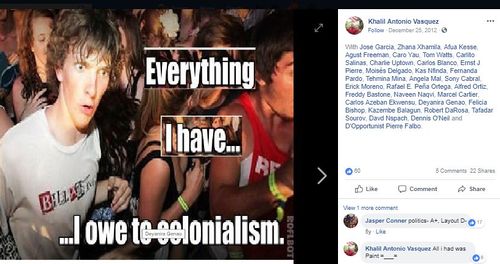 I went to City College of NY this morning with David Suker at 10:30 am to stop by the Morales/Shakur Center, a center of student and community movement-building for more than 20 years. We were signed in at the front desk and then followed by security who told us we'd be arrested if we didn't leave right away, because we asked what had happened to the sign! This is what we saw: Please share. Rodolfo Leyton, Sydney Jordan Cooley, Hank Williams, Khalil Vasquez, Brad Sigal, Angelica Clarke, Biola Jeje, Isham Lakatos, Christopher Gunderson — with Alyssia Paula, Eric Odell, Kazembe Balagun, Terance Podolski and Fanshen Wong.