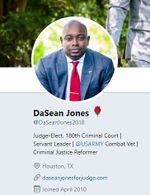 DaSean Jones is a self-described "Criminal Justice Reformer," serving as a Judge in the 180th Criminal Court in Harris County Texas. On November 6 2018, DaSean Jones was elected as Judge for the 180th criminal court in Houston. 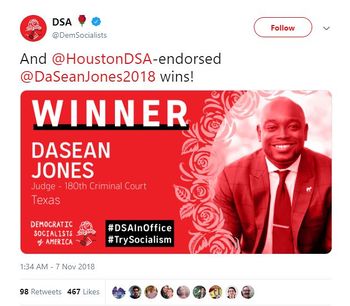 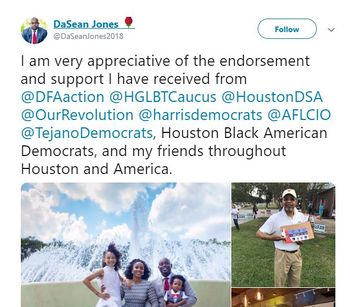