Allen Smith, was in 2016, active in University of Texas at Dallas Democratic Socialists. 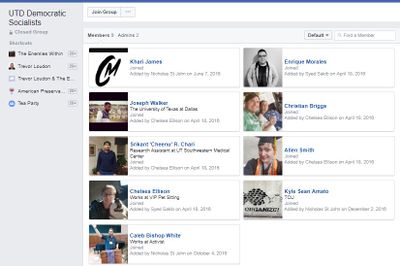