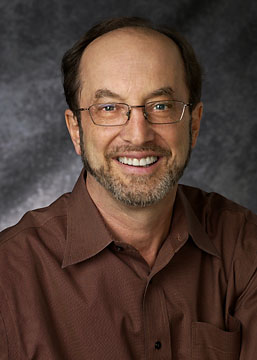 Jim Shoch hs a Docorate from Massachusetts Institute of Technology.

Liberation classes were held May 11 1970 in doorways of two buildings at Stanford. Discussion leaders, most of them members and friends of the Pacific Studies Center, will come with signs indicating their discussion subjects to the lawn in front of Encina and the AEL courtyard each hour. The discussion groups will then move to doorways, so that people sitting in can participate. A schedule of classes, leaders, times, and places will be posted at the White Plaza Coordinating Center Desk.

Vice-President Spiro T. Agnew spoke to a California Republican Assembly convention at the Cabana Hyatt House in Palo Alto April 1972 in the face of a demonstration planned by the so-called "Committee for Just Rewards." Protesters intended to make a "symbolic attempt" to present a "Mouthpiece of the Empire Award" to Agnew, according to Jim Shoch, a Venceremos member and protest organizer.

The demonstrators planned to rally in the Cabana parking lot to listen to several speakers, including Tony Russo, codefendant with Daniel Ellsberg in litigation surrounding the "Pentagon Papers," Aaron Manganiello, chairman of Venceremos, and a representative from the United Farm Workers Organizing Committee, among others. The dissidents will state three demands: "1) U.S. acceptance of the 7-point plan of the provisional revolutionary government of South Vietnam for peace in Indochina; 2) An end to U.S. political, economic, and military oppression of foreign—particularly third world—nations; and 3) An end to the Nixon administration's domestic policies of political, economic, and racial oppression." New Coalition A coalition of activist groups, including the Palo Alto Peace Union, Venceremos, the Stanford Rehabilitation Movement, the U.C. Berkeley Campus Anti-Imperialist Coalition, and the Palo Alto Tenants Union sponsored the demonstration.[3]

In 1980 Jim Shoch was a delegate to the December 12-14 Chicago, National Council meeting of the New American Movement[4].

In 1981 Bill Barclay, Political Secretary; Beverly Stein, Portland NAM and Jim Shoch, San Francisco NAM led a workshop entitled Chapter Strategies and Coalitional Work at the 10th Convention of the New American Movement. The convention was held in a union headquarters in Chicago and ran from July 29 - August 2, 1981.[5]

On Sunday, June 7, 1981, the Los Angeles Chapter of the New American Movement sponsored a Tribute to Ben Dobbs for "His lifelong commitment to socialism". The event was held at the Miramar-Sheraton Hotel, Santa Monica, California. Sponsors of the event included Jim Shoch.[6]

In 1983 Jim Shoch was a San Francisco, California delegate to the Democratic Socialists of America conference in New York City, October 14-16, 1983[7]

In 1987 Jim Shoch was a political director of Democratic Socialists of America[9].

In 1986 Jim Shoch was listed as National Political Director and West Coast Office Contact for the Feminist Commission of the Democratic Socialists of America.[10]

In 1990, Jim Shoch was a member of Democratic Socialists of America.[12]

The Socialist Scholars Conference 1990, held September 6-8, at the Hotel Commodore, New York, included panels such as:[13]

The Democratic Party and Electoral Strategy for the Left 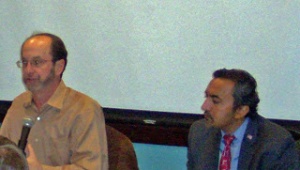 A Progressive Election Forum was convened by the Progressive Alliance on Oct.28. 2010, in the Orchard Room. U. Union 12 -2PM.

Bera noted that his opponent Dan Lungren has taken over $84,000 from the oil and gas industry, over $248,000 from the financial industry, and in return is doing their bidding in Congress -- voting in favor of a $2.6 billion tax break for Big Oil and against limits on executive compensation for bailed out banks. [15] 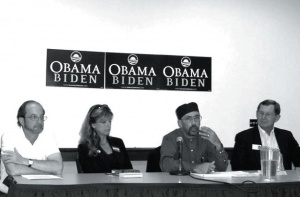