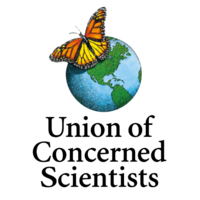 In cooperation with Physicians for Social Responsibility and related groups, UCS sponsored 150 campus teach-ins on November 11, 1981. UCS programs were weighted with speakers against U.S. defense and foreign policies and favoring unilateral disarmament, with a token opponent invited to lend credibility to the event. UCS organizer Peter Stein has built a campus network with an "arms project steering committee" that will attempt to expand campus outreach in November.

The Zill report noted UCS intends to become more involved "outside the U.S. with teach-ins in European centers too." UCS organized an international meeting of 40 disarmament scientists to be held in New York at Roosevelt University during the second week of SSD-II, and is raising money to fully pay expenses for 15, plus a portion of the expenses for others.The group claims more than 100,000 sponsors nationwide.[1]

The UCS board of directors is chaired by Henry M. Kendall of MIT. Among the board members are Dr. James A. Fay; Dr. Kurt Gottfried; Leonard Meeher; Herbert Scoville, former CIA deputy director; and Richard Wright. The UCS executive director is Eric E. Van Loon.[1]

"In collaboration with others he proposed the theory of a 'nuclear winter,' explaining that a nuclear war would create huge dust clouds that would block the sunlight and halt plant photosynthesis. This would be accompanied by drastic drops in temperature and the extinction of life on earth. Sagan became a leading spokesperson for organizations such as the Union of Concerned Scientists, which used the nuclear winter model to expound on the horrors of nuclear war and oppose the use and development of nuclear weapons."

Partner of the March for Science

Union of Concerned Scientists is listed on the March for Science website as a "partner."[4]