She is currently chair of the Arts and Humanities Research Degree Board at UON and UCU Equalities Rep. University of Northampton.

"I joined the Communist Party in 2020, following the defeat of Labour in the 2019 General election and the election of Keir Starmer as leader. As a life-long socialist, the Communist Party seemed to be the only credible radical alternative to the right wing and anti-working class turn of social democracy in Britain. I’m a member of the Northampton branch and at the 56th Congress was honoured to be elected to the Executive Committee.

I’ve also been attending monthly meet and greets held online by Midlands district women and eventually began chairing them. During the pandemic, which was a politically and socially isolating time for many of us, it was wonderful to make contact and share experiences with other communist women from across our large district: from Peterborough in the east to Shrewsbury in the west, and from Oxford in the South to Derby further north." [2]

Morning Star Supporters is a public Facebook group affiliated with the Communist Party of Britain. Members include Sonya Andermahr .

The Communist Party of Britain has organised a New Year feminist conference celebrating Sisterhood, Socialism & Struggle in the UK and across the world. This free weekend event on January 16-17 2021, will provide a virtual opportunity for women and men on the left to discuss and debate the importance of women’s liberation for the whole human race.

Panel "The roots of women's oppression" 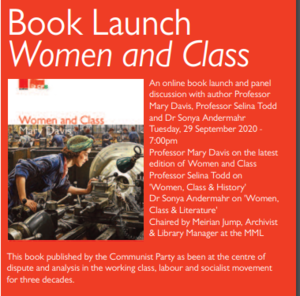 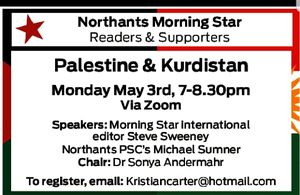