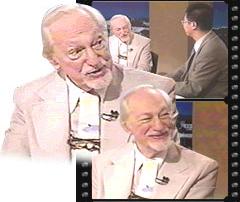 On April 28, 1966 Sidney Gluck was a sponsor of the Herbert Aptheker Testimonial Dinner. The dinner was held on the occasion of Herbert Aptheker's 50th birthday, the publication of his 20th book, and the 2nd anniversary of the American Institute for Marxist Studies. It was held in the Sutton Ballroom, The New York Hilton, Avenue of the Americas, 53rd to 54th Street, New York City. Most speakers, organizers and sponsors were known members or supporters of the Communist Party USA.[1]

On Feb. 27, 1971, Sidney Gluck, Businessmen-Consultant, was listed as an initiating sponsor of the American-Korean Friendship and Information Center. The Center, a front for the Communist Party USA, was established to promote the withdrawal of US troops from South Korea and Vietnam.[2]

"A letter to Congress" on North Korea

In 1974, approximately 50 prominent, mainly Communist Party USA aligned leftists, signed a "Letter to Congress" on the situation regarding North Korea.

"For a quarter of a century the people of all Korea have needed such a peace agreement. The American People are ready for it. The People of the world deserve it. Peaceful coexistence must replace war and the threat of war. Negotiations must replace confrontation."

"Therefore, we the undersigned, concerned about the dangerous conditions in Korea earnestly appeal to you, and to all peace-minded Americans to join together in combining our reason and our political influence to secure the peaceful resolution of this problem."

The letter to Congress was in response to a March 25th, 1974 letter from the Supreme Peoples Assembly of the Democratic Peoples Republic of Korea to the United States Congress.

We Will Make Peace Prevail!

On March 28, 1982 the New World Review organized a gala luncheon "We Will Make Peace Prevail! Disarmament Over Confrontation, Life Over Death", at the Grand Ballroom, Hotel Roosevelt, New York City. Virtually all participants were identified as Communist Party USA.

Sidney Gluck was listed on the Committee of Sponsors.[4]

At the Committees of Correspondence conference, Berkeley California, July 17-19, 1992. was a candidate[6]for the CoC National Coordinating Committee-from New York, economist.