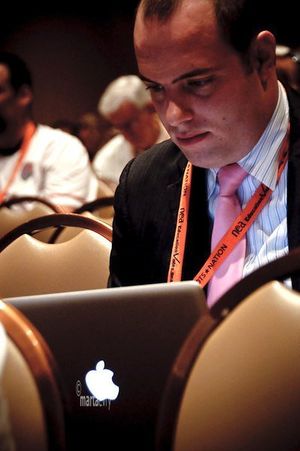 Richard Smith is a journalist who works for VetVoice, the online project of VoteVets.org. He has a two-year old daughter.[1]

Richard Smith was raised in northwest Florida and enlisted in the United States Army at the age of 18. After serving a stint with the 6th Cavalry and the 2nd Infantry Division in Korea, Richard was assigned to the 82nd Airborne Division at Fort Bragg, North Carolina. In 2007 he deployed with his unit to Afghanistan where he served as an NCO for 15 months. He returned home in April 2008.[1]

Richard Smith works as the editor of VetVoice, an online project of VoteVets.org.[1]

In addition to VetVoice, Richard's writing has appeared on Daily Kos, Attackerman, and on the now defunct Wordsmiths blog.[1]