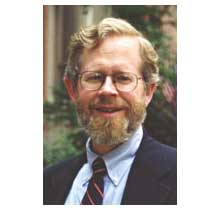 Richard Gottfried is a State Assembly member from New York representing Assembly District 75. He was born in New York City on May 16, 1947 and lives in Manhattan with his wife, Louise, a nursery school teacher. Their son Michael and his wife have a daughter. [1]

He is a graduate of Stuyvesant High School, Cornell University (BA, 1968), and Columbia Law School (JD, 1973). He is a lawyer, but does not maintain a private practice. He works full time as a legislator.[2]

He is a fellow of the New York Academy of Medicine, and a member of the American Public Health Association, the New York Civil Liberties Union, the Association of the Bar of the City of New York, the Art Students League, and the China Institute.[3]

Gottfried was first elected to the Assembly in 1970, at the age of 23, while a student at Columbia Law School. He represents the 75th Assembly District, covering Chelsea, Clinton, Murray Hill, Midtown and part of the Lincoln Center area in Manhattan. He is chair of the Assembly Health Committee. He is a state health policy-maker not only in New York but also nationally. Examples of his legislative work include: the Prenatal Care Assistance Program for low income women; the Child Health Plus Program, which allows low- and moderate-income parents to get free or low-cost health insurance for their children; the Physician Profiling Law, which gives patients access to information about a doctor's record; Family Health Plus, which provides free health coverage for low-income adults; the Health Care Proxy Law, which allows people to designate an agent to make health care decisions for them if they lose decision-making capacity; simplification of enrollment in publicly-financed programs (such as Medicaid); and the HIV Testing and Confidentiality Law.

Among other bills he sponsors are: “Right to Marry,” to allow same-sex couples to marry; Family Health Care Decision Making, to allow family members to make health care decisions when a person is incapacitated and has not filled out a health care proxy; the Gender Non-Discrimination Act (GENDA), to prohibit discrimination based on gender identity (transgender); and the bill to legalize the use of medical marijuana. He was the sponsor of the 1998 Hudson River Park law that establishes the park and protects the River and the waterfront for all New Yorkers. He sponsored the legislation that created the Javits Convention Center and the recent law that expanded it.

Gottfried is a member of the Assembly Majority Steering Committee and the committees on Rules and Higher Education, as well as Health. He is head of the Manhattan Assembly Delegation.

He is a leading advocate in the Legislature for civil liberties, reproductive freedom and gay rights. He has been repeatedly named to the New York Civil Liberties Union's Honor Roll. He was named “Environmental Legislator of the Year” by the Environmental Advocates, and has been honored by the Family Planning Advocates three times. Mr. Gottfried was the author of legislation to provide legal services for the disabled, strengthen the criminal laws against hazardous waste violators, provide health insurance coverage for midwife services, strengthen Small Claims Court, prevent illegal evictions, and reform the J-51 tax exemption program. Mr. Gottfried was a pioneer in enacting legislation to recognize and protect the rights of crime victims. He was an architect of the 1978 Omnibus Crime Act and wrote laws to reform the grand jury system, strengthen the rape laws and decriminalize marijuana. He drafted the Juvenile Justice Reform Act of 1976 and sponsored revisions of the laws on foster care, adoption, and child abuse. He previously served as Deputy Majority Leader; Assistant Majority Leader; chair of the Assembly committees on Codes (covering the criminal justice system), and Children and Families; and chair of the Assembly task forces on the Homeless, Campaign Finance Reform, and Crime Victims.[4]

History with the Communist Party

As a high school student Gottfried did a term paper on the history of the Communist Party USA paper, the Daily Worker for a journalism class. He came to the party office in New York to do research, where he was introduced to Gus Hall.

What means so much about the PWW is there are an awful lot of people who ought to understand more than they do about the struggle we are involved in.They don't understand the fight against corporate power and the fight for the people is the same fight, whether you talk about education, housing, or healthcare." [5]

On May 7 1994, the New York State Communist Party held a fundraising banquet to honor three Party activists Ted Bassett, Rose Kryzak and Mary Gale. Grace Bassett accepted the award on behalf of Ted Bassett. Almost 3,000 was contributed in honor of the three.

Kryzak became a Party organizer in 1940. Esther Brall, who worked with Kryzak for years, recalled her work as chair of the New York Committee to Aid the Families of Smith Act Victims.

Richard Gottfried, chairman of the New York Assembly Committee on Health sent a letter congratulating Gale and Kryzak on their "many years of tireless effort" they had given to "the fight for peace and social justice...Your energy, spirit, commitment and cheer" had spurred "countless others in many struggles and helped win important victories".[6]

On May 31 1998 the Peoples Weekly World held a Paul Robeson birth centennial celebration in New York, at the Henry Winston Auditorium.

On October 22, 2000 the Peoples Weekly World held its 4th annual celebration luncheon in New York, at the Henry Winston Auditorium.

US Rep. Charles Rangel sent greetings and State Senator Eric Schneiderman sent a letter of commendation to the honorees.[9]

On March 23, 2007, "people jammed in to sit on folding chairs or stand shoulder-to-shoulder and listen to speakers tell of the Communist Party USA’s contributions to American labor and democratic rights". The crowd studied display cases full of photos, buttons, leaflets and letters from the 2,000 boxes of archives donated by the Communist Party to New York University’s Tamiment Library, which specializes in left and labor history.

The presence of dozens of party and Young Communist League members in the crowd indicated that the Communist Party continues to be an important and growing part of the American political scene.

“Is Estelle Katz here?” Gottfried asked, looking for the well-known Chelsea retiree and Communist peace activist. “My district may be the most unique in the nation where the ‘red-baitees’ out-number the ‘red-baiters,’” he said.[10]

Richard Gottfried made a personal endorsement of the Communist Party USA's People's World of June 2, 2007, on page 2 of the publication.

When Estelle Katz, a member of both the Communist Party USA and the Chelsea Reform Democratic Club, died in November 2012, fellow club member Richard Gottfried said this of her;

"Estelle Katz worked with the confidence of someone who fervently believed there is a strong current in history towards social justice,”... “She once said to me, 'If you're a Marxist, you can never be a pessimist.' It was inspiring to have her among my constituents. I miss her.” [11]

The New York City Democratic Socialists of America local’s most successful event in 2008 was a forum called “Socialized Medicine? You Bet!” at Judson Memorial Church, with NYS Assembly Dean and Health Committee chair Dick Gottfried and DSAers Naomi Zauderer of the New York Professional Nurses Union, Jeff Gold of the Health Care for All Campaign, and, from the Midwest Academy, "organizing legend" Steve Max. The local has joined the campaign against the privatization of two health insurance programs (GHI and HIP) that serve 93% of city workers and retirees as well as other New Yorkers. They held a second forum on that issue with YDS and the N.Y. chapters of Democracy for America and Progressive Democrats of America. [12]

July 30, 2015 marked the 50th anniversary of Medicare and Medicaid which were enacted in 1965 during the Lyndon Johnson administration. Various activities around the country celebrated these remarkable programs and called for defending, improving and expanding them and Social Security

Everyone who was arrested was issued appearance tickets for the City of Albany County split among June 10, June 11 and June 12.

The following were arrested, according to NYSP:

"Here are some of the leading artists, athletes and influencers helping to spread the word about the People's Climate March, including Richard Gottfried."