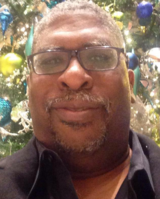 WE, AS STAFF PERSONS of color at The Stanford Daily, strongly condemn The Daily’s treatment of the May 18 article on the poster attacking Gordon Chang. We also condemn the sidebar article on the League of Revolutionary Struggle – which we feel was irresponsibly reported – and the nature of the subsequent coverage...

Moreover, the allegations are a direct attack on the self-determination of students of color, on the integrity of student of color groups and on the more than 20-year legacy of struggle, sacrifice and positive change that students of color have built on this campus.

The May 18 article offered no objective information about student of color groups, the United Farm Workers, Amiri Baraka or any other of the supposed League affiliates listed. As a matter of fact, in a journalistic style we have never seen before at The Daily, the article offered not a single named source for its allegations.

Furthermore, The Daily’s May 22 editorial was painfully hypocritical. On the one hand, the editorial criticized and condemned the “McCarthy-esque” poster. On the other hand, The Daily reprinted the flyer in full, advertising the slander to the community.

We feel The Daily’s article on the flyer actually supported the flyer by misrepresenting the Asian-American studies campaign, saying that “several student organizations worked last year to gain a tenure-track professorship for Chang .. although the campaign never called for the hiring of a particular individual. And The Daily legitimized the flyer’s racist and McCarthyistic accusations with the sidebar, twice as long as the actual flyer article, about “a highly secretive nationwide organization ... that focuses on people of color groups for its mass support,” and other allegations which we feel were inflammatory and under-lyingly racist. These Daily articles were themselves McCarthyistic...

We, as a group, have discussed possible paths of action, including mass resignation as a form of protest. Many of us no longer want to be associated with a paper like The Daily. However, we realize that it is important that we stay at The Daily and fight to make The Daily reflective of all people, regardless of race, gender or sexual orientation. We hope that one day students of color will be more than tokens at The Daily.

Steven Phillips wrote Justice and Hope: Past Reﬂections and Future Visions of the Stanford Black Student Union 1967-1989, in 1990.

Writing Justice and Hope has been a humbling and daunting exercise. Many, many people helped, and this is indeed a collective work. I am grateful to the many Black faculty and staff members who provided valuable advice, support and direction: James L. Gibbs, St. Clair Drake, Kennell Jackson, Clayborne Carson, Keith Archuleta, Michael Jackson, Michael Britt, Dandre Desandies, Hank Organ, and Rachel Bagby.

I also made extensive use of the Stanford Libraries. At the various stages of production, a whole host of peeple contributed. I hope I don't leave anybody out, but here goes. My thanks go out to the following people: Lisa Fitts, Audrey Jawando, Bacardi Jackson, and Drew Dixon helped give shape to Justice and Hope when it was still a vague and unformed idea. Toni Long demonstrated for me the true power of PageMaker. David Porter clariﬁed important facts and provided historical information. Frederick Sparks helped with fundraising and monitoring the budget. Lyzettc Settle added critical comments and an extremely thorough and detailed revision of the text. Danzy Senna, Joy St. John, Stacey Leyton, Raoul Mowatt, Valerie Mih, Hillary Skillings, Judy Wu, Quynh Tran, and Cheryl Taylor meticulously proofread the ﬁnal drafts. Elsa Tsutaoka gave advice on design, layout and cutting photos. MEChA loaned us its layout equipment The staff in the ASSU Business Ofﬁce always cheerfully facilitated ﬁnancial transactions and questions.[2]