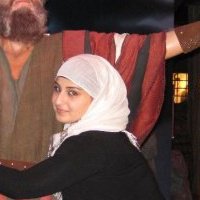 Rana Ghumkor is a New Zealand activist of Afghan origin. Rana Ghumkhor is the daughter of Afghani refugees who arrived here in 1987. She did post-graduate honours student at Auckland University.

In 2018 she was a Technical Trainer at Ministry of Business, Innovation and Employment.

Students for Justice in Palestine will be holding a public forum about the Uprisings that have spread across the region in demand of freedom and democracy. Each panelist will address a specific issue relating to the uprisings and then we will open the floor for questions and comments.

At 8.30pm following the Middle East Freedom Forum, there will be a student-led vigil in the quad, held in honour of the thousands of students and citizens who have died protesting for freedom and democracy across North Africa and the Middle East in the last few weeks. Keith Locke, MP, will be in attendance, along with MPs in other political parties. University of Auckland students from countries in the Middle East and North Africa where there are currently protests will describe their hopes for their countries.[2]