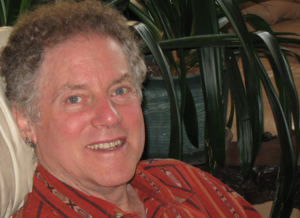 Paul Kivel work grows out of four decades in community education, engaged parenthood, political writing, and practical activism all focused on one overriding question: “How can we live and work together to nurture each individual and create a multicultural society based on love, caring, justice, and interdependence with all living things?”

Kivel is a leader in the anti-violence movement developing resources to work with men against patriarchy and violence. He is also a leader in the anti-racist movement developing resources for white people against white supremacy and inequality. He is the author of “You Call This a Democracy? Who Benefits, Who Pays & Who Really Decides”, “Uprooting Racism” and “Men’s Work”. [1]

Kivel is a social justice activist and a nationally and internationally recognized educator who, for 45 years, has focused on the issues of racism, men's issues, challenges of youth, violence prevention, oppression, raising boys to manhood, and the impact of class and power on daily life.

He is the award-winning author of several books including Uprooting Racism: How White People Can Work for Racial Justice and You Call This a Democracy?: Who Benefits, Who Pays, and Who Really Decides. His latest book is Living in the Shadow of the Cross: Understanding and Resisting the Power and Privilege of Christian Hegemony.

Kivel was a co-founder of the acclaimed Oakland Men's Project, a nationally recognized multicultural organization dedicated to helping people understand the roots of violence in our society and seek positive solutions.

Through his lectures, workshops, trainings and writings, Kivel works to end oppression and violence and build alliances across lines of race, gender, class, sexual orientation, religion, and age.

From 1993 to 1998 Challenging White Supremacy led two 15-week-long sessions a year in the Bay Area, working with hundreds of social justice activists. Shortly after the mass actions in Seattle that rocked the WTO, Elizabeth Martinez encouraged Sharon to develop political education specifically to work with the growing Global Justice movement. Sharon recruited younger generation left/radical anti-racists to build a new phase of CWS called ‘Anti-Racism for Global Justice’. While continuing to run the 15-week workshop series, the new project that became Catalyst quickly developed into a national training program. Over the next 5 years over 5000 participants from local groups and national networks went through Catalyst trainings. Catalyst developed through intergenerational mentorship and a commitment to non-sectarian left/radical movement building. Intergeneration mentorship has been a process by which we have connected to the lived history of social movements before us to draw lessons and inspiration for our work. In addition to sharing insights, movement veterans have been mentors supporting us to reflect on and draw lessons from our work. They have helped us to believe in ourselves, while also providing long-term perspective. Through such mentorship and our own political practice, we developed our commitment to a non-sectarian movement building framework committed to bringing forward the best of many left/radical traditions. We are committed to a praxis-based approach to political education and organizing. Sharon Martinas, Elizabeth Martinez, Paul Kivel, Nisha Anand and our other advisers supported us – Clare Bayard, Ingrid Chapman, Ari Clemenzi, Chris Crass, Amie Fishman, Kerry Levenberg, Missy Longshore, Molly McClure, Betty-Jeane Ruters-Ward, Alia Trindle, Becca Tumposky, Josh Warren-White.[2]

On January 22nd, the right-wing anti-choice movement will be coming to San Francisco to shout their anti-human rights, anti-woman message in the streets. At this time when women's rights to abortion are being challenged by the Bush administration and questioned in the Democratic party, it is crucial that we as men join the sisters organizing in opposition to this right-wing march and say: REPRODUCTIVE JUSTICE FOR ALL! [3]

In 2007 Paul Kivel and Mary Luckey were listed on the DataCenter's annual report as donors to the organization. The Oakland, California based DataCenter is widely regarded as the intellegence wing of the United States Left and has close ties to Cuba.[4]

For May Day and Beyond

For May Day and Beyond: White People Stepping Up for Immigrant Rights! was a letter circulated in May 2006, among people mostly affiliated with the Freedom Road Socialist Organization.

In the past month, five million people, mostly immigrants of color, have mobilized for justice and are making history, flooding the streets in unprecedented numbers. Meanwhile, the most visible participation by white people is coming from the racist and right wing leaders who are defining and dominating the debate in the Federal government and in the news, radio and opinion pages. Where are the voices of anti-racist white people in this crucial moment, when the worst anti-immigrant legislation in decades is still poised to drop?

In 2009, Paul Kivel served on the Statewide Board of Directors and on the Los Angeles Regional Council, for the California based Progressive Jewish Alliance.[6]

Showing Up For Racial Justice