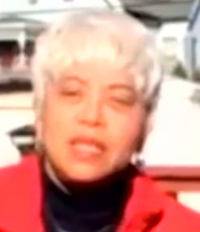 December 2020, from the moment the dramatic African drumming and slide show of the marches, rallies, car caravans, strikes, and election campaigns began, it was certain this would be an extraordinary and uplifting People's World Amistad Awards program.

Transformed from a large in-person statewide annual event into a virtual concert and awards, the program, “United for the World We Want—Celebrating Resilience, Solidarity, and Vision,” was held “in tribute to essential workers and all workers regardless of immigration status during the pandemic, the rise of the movement for Black lives, and the voter upsurge for democratic rights.”

A highlight of the afternoon was messages from four Communist Party members saluting the organization’s 101st anniversary, the occasion on which the Amistad Awards are held. “I learned so much from the elders who are now gone and we are the elders,” said Patricia Highsmith, advising the young folks to get involved and learn.

Georgina Fuentes recalled how her mother had joined the Communist Party when they responded to police abuse of her brother. “I love the equality,” she said, “and now my kid is the third generation!” introducing Genesis, who shared excitement at attending their first rally to defend the vote in the presidential election.

“This is our moment,” said Jaime Myers-McPhail. “We must bring forward more leaders and more solidarity and fight to take back what belongs to us, the working and oppressed people. The Communist Party helps make it possible for us to do just that.”

YCL member Manuel Camacho presented a poem in English and Spanish written for the occasion, “Unity for All.”

“These are revolutionary times. They are not times to give in and give up. They are good trouble times. So we refuse to go back to the way things were,” said Joelle Fishman, chair of the Connecticut Communist Party in the call to action.

“Be active in your union. Organize a union if you don’t have one. Be active in community organizations. Be one of many who are joining the Communist Party as those who will not rest until freedom is won,” she said, concluding that “the People’s World Amistad Awards salutes all freedom fighters as we recommit to fight together for the world we want.”

Emcees Lisa Bergmann and Ben McManus kept the program moving flawlessly and with enthusiasm. Comments in the chat on Zoom also helped create a sense of community.

BODOMA Garifuna Culture Band opened the program with one drum and dance selection and closed with a 20-minute segment from their spectacular performance at the Awards in 2014. The band is from Bronx, N.Y., and has their roots in the Garifuna community of Honduras.

The proceeds from the 86-page program book will benefit the award-winning People’s World online newspaper. “Thank you, People’s World, for posting over 800 stories to help win this election and dump Trump!” said Bergmann.[1]

In December 2002, the Communist Party USA run New Haven People's Center, held a No cuts, no layoffs, no war rally". Patricia Scales who works at Atria sung a pro-labor duet in the program. A member of the Communist Party USA, she said she thinks the party seeks to help the state of workers within a capitalist system, not to overturn the nation's current economic system.[2]

In 2002, steelworker Patricia Highsmith, served on the National Committee of the Communist Party USA.[3]