From KeyWiki
(Redirected from Michelle Tingling-Clemmons)
Jump to: navigation, search 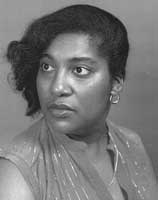 Michele Tingling-Clemmons is a lifelong activist for social justice. Living in Washington, DC, Tingling-Clemmons is a member of the DC Statehood Green Party and co-chair of the Black Party of the Green Party. She, her husband Rick Tingling-Clemmons, and three of their eight children work to achieve the just society they all desire. They are currently fighting to restore prescription drug coverage for low-income seniors. Tingling-Clemmons has expertise in the fields of occupational health, environmental health and community health care, and is a national expert on federal nutrition programs. A prolific public speaker, she brings clarity to examinations of the struggles that we face in securing affordable health care and economic justice in the face of an economic system that is controlled by the rich, and in examining the linkages that strengthen our common efforts.[1]

Speakers for a New America

By Allen Harris CHICAGO– With tremendous enthusiasm, fighting spirit and unity, the League of Revolutionaries for a New America was established during a convention held in Chicago on April 29 and 1995.

Attending were 73 delegates and 67 observers, as well as representatives of 30 areas and the national office. They came from 22 states, the District of Columbia and the Lakota Nation.

The meeting was the second national convention of the organization founded in Chicago in April, 1993 and originally called the National Organizing Committee.

Ranging in age from 17 to 80, the participants were Native American, white, black, Latino, Asian and Arab. They were urban, suburban and rural. They were secular and Christian, Muslim, Jewish and people of other faiths.

Michele Tingling-Clemmons was a founding board member of the National Welfare Rights Union.[2]

Congressman John Conyers (D-Mich.) hosted a National Health Insurance Conference, April 16-17, 2004 to kick off a 50-state campaign for passage of national health insurance legislation, HR 676 – the “Expanded and Improved Medicare for All Act.” Conyers introduced HR 676 in the House in 2003.

Dr. Quentin Young, national coordinator of Physicians for a National Health Program, keynoted the conference, speaking on “The State of Health Care – The Case for National Health Insurance.” Conyers spoke on “Launching a National Movement for HR 676,” followed by a session on “Getting the Message Out – Working the Media.”

Dean Baker, of the Center for Economic and Policy Research, and Joel Segal, senior assistant to Conyers, presented the details of HR 676 in a session titled, “What Is It and How Do We Pay For It?” They will seek to arm the participants to take the message back to the neighborhoods. There was also a session on strategies to promote single-payer legislation on the state level. Activists were working on state single-payer bills in a number of states, including Massachusetts, California, and Pennsylvania. The agenda includes nuts-and-bolts workshops on working with unions, faith communities, educators, and health workers.

Dozens of health care and social justice organizations endorsed the conference including Physicians for a National Health Program, the Gray Panthers, Jobs with Justice of Washington, D.C., the National Coalition for the Homeless, the American Medical Students Association, Universal Health Care Action Network, and the National Welfare Rights Union.

“We believe that the leadership should come from the people that do the work, and now is the time to build a serious movement for national health insurance for all in America,” asserted conference organizers Michelle Tingling-Clemmons and Rick Tingling-Clemmons. The conference was held at Howard University Hospital and Towers Auditorium, 2041 Georgia Ave. NW, Washington, D. C.[4]

Tingling-Clemmons is listed as a speaker with the Women with Disabilities and Allies Forum project of the National Organization of Women.[5]