In 2019 Twin Ports Democratic Socialists of America had a Bernie Committee running an independent campaign.

It is not affiliated with any official campaign by any candidate. It is a local, grass roots effort to get out the vote for Bernie Sanders while at the same time promoting our chapter and the work we do. .

Kathryn Wegner of the University of Illinois-Chicago signed the statement[2]. 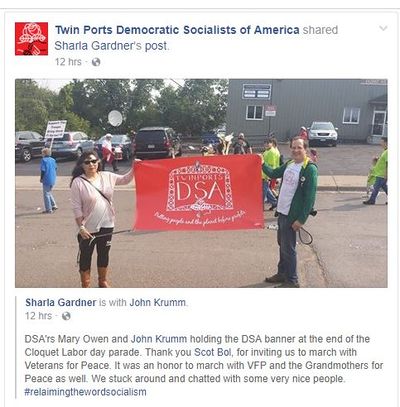 Mary Owen and John Krumm are members of Democratic Socialists of America in Minnesota.